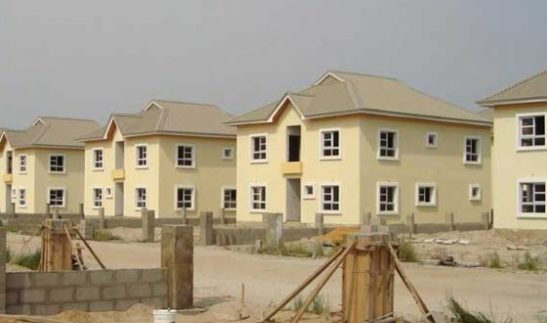 Share
In furtherance of its commitment to the welfare of Internally Displaced Persons (IDPs), the Borno State Government has revoked allocations of no fewer than 100 units of two-bedroom houses which were unoccupied in the last one year at Indimi Estate, in the Bama Local Government Area of the State and reallocate it to the IDPs.

It explained that the action of the former owners who after getting the allocation failed to utilize the space necessitated the relocation for others who are desperately in need of shelter like the IDPs.

The State Governor, Babagana  Zulum, said the state cannot continue with the practice where allottees will leave the allotted houses and spaces unoccupied while there are some who are in dire need of shelter will be homeless.

The Governor, who gave the revocation order yesterday when he paid a courtesy visit to the Shehu of Bama, Shehu Umar Ibn Kyari Elkanemi after he led government officials in the distribution of food and non-food items to the IDPs, said it was obvious that the allottees of houses do not need it, hence the revocation and reallocation of the same space to the homeless.

He noted that the estate, made up of 100 units of two-bedroom houses, was built by Borno’s billionaire businessman, Muhammad Indimi as part of support to his home state, and at such, his administration’s was committed to putting the houses into good use for the betterment of the citizens, particularly the IDPs.

“Borno state government has revoked all allocations of houses at Indimi estate, we cannot tolerate a situation where people claim ownership of those houses while they are living in Maiduguri. Your highness, kindly compiles the list IDPs from Jaudari village, all the houses should be allocated to them,” he said.
The Governor who supervised aid distribution to more than 25,000 IDPs and vulnerable members of the host community, sympathized with the IDPs in Bama town, who were mostly from villages sacked by insurgents in Banki, Gulumba, and Nguro Soye, all in Bama Local Government Area, Central part of Borno.
He added that his administration in collaboration with the apex government will continue to prioritize the welfare of the IDPs, noting that the government is working effortlessly towards ending insurgency in the state.
“I want to sympathize with you, you have been in a very difficult situation. The insurgents have displaced you from your houses and communities, without any means of livelihoods. The food items you see here are jointly provided by the Borno State Government and the Federal Government. President Muhammadu Buhari is very compassionate about your plight, may almighty Allah bless him” Zulum said.