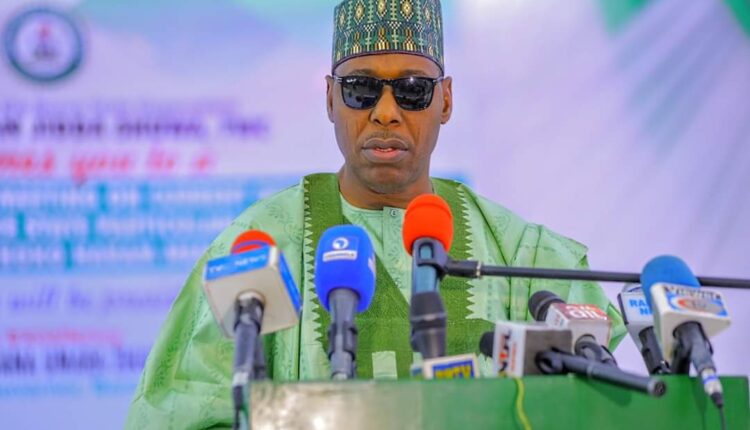 The Borno State Government and alongside relevant stakeholders across the state have disclosed that repentant Boko Haram fighters would be subjected to several stringent profiling and other security measures before they would be absorbed for rehabilitation and reintegration back into the society.

Other conditions listed for their absorption include retrieving of firearms, strengthening of the deradicalisation mechanism of Operation Safe Corridor to involve parents of the surrendered Boko Haram members, Ulamas, traditional, community leaders and the media among others.

The resolution were reached yesterday at a security multi-stakeholder town-hall meeting hosted by the state’s Governor, Babagana Zulum in Maiduguri, where the pros, cons and implications of ongoing surrender by Boko Haram fighters were extensively discussed.

The meeting, held at the multipurpose hall of Borno Government House, was attended by representative victims of Boko Haram attacks, National and State Assembly members, all traditional rulers led by Shehu of Borno, Borno elders, heads of security agencies.

Others are Muslim and Christian leaders, members of the academic community, the Nigeria Union of Journalists, youth and women groups, the labour unions, civil society groups, local and international NGOs, Political Parties and top government officials led by Governor Zulum.

As stated, the stakeholders urged intensified military battle against ISWAP and for the federal government to quickly establish a world class centre with facilities for deradicalisation and rehabilitation of repentant insurgents where they can be cautiously reintegrated after satisfactory rehabilitation.

The meeting was coming after Zulum had consultation with President Muhammadu Buhari and the Chief of Defence Staff last week and met community members in some parts of the state, seeking ways to address concerns over the surrender of Boko Haram fighters and the need to find ways of ending the 12 years insurgency; and to prevent the insurgents from merging with ISWAP and prolong the crisis.

Speaking during the meeting, Zulum called on all participants to be analytical in their submissions by looking at potential advantages, problems and implications of having repentant insurgents back among the society.

Zulum said, while it was certainly difficult accepting back killers, it was equally important to find ways of ending the 12 years insurgency, describing the Boko Haram surrender as dealing with “two extreme conditions”.

According to him, one hand accepting insurgents has its implications while rejecting them could swell the ranks of rival ISWAP faction that is still armed and waging war. The governor also pointed to the case of Afghanistan where 20 years of military fight ended with Taliban taking control of government.

In his submission, the Shehu of Borno, Abubakar Elkanemi, recounted that in many parts of the world matters like that end up with negotiations. The Shehu urged residents to consider genuine reconciliation in order to allow peace to reign in the state, adding that traditional leaders must also begin preaching forgiveness and tolerance in their respective domains as a way forward.

Representing the National Assembly, Senator Ali Ndume said, “Alhamdulillah, it is a welcome development that Boko Haram insurgents are surrendering, however, this development must be carefully examined. The unfortunate situation that bedevilled us for over 10 years is virtually coming to an end”.

Ndume however noted that efforts must be made to address grievances of victims. He nonetheless declared the support of national assembly members towards reconciliation including, if need be, to move a motion or sponsor a bill during plenary.

On his part, Borno State CAN Chairman, represented by the secretary, Reverend Joseph Kwaha expressed the support by the Christian community towards the deradicalisation of repentant terrorists.

Also, a victim of insurgency, Babagana Malum, recalled that his father, mother and grandmother were gruesomely killed by Boko Haram insurgents in Bama while his father’s wife alongside nine of his brothers have been missing and their whereabouts was unknow. Despite these atrocities, he believed his forgiveness could save the lives of other families, hence his support for deradicalization of the insurgents.

Others who spoke at the meeting included the Theatre Commander of ‘Operation Hadin Kai’, Major General, Christopher Musa, representatives of the Nigeria Police Force, the DSS, the Nigerian Bar Association, the Nigeria Union of Journalists, the Nigeria Labour Congress, Civil Society Organizations and women groups.

Rising from the meeting, the participants came up with 16 resolutions in a communique that was signed by the state’s Attorney General and commissioner for Justice, Barr. Kaka Shehu Lawan, who, as a key member of the state’s security council, chaired the communique drafting committee.