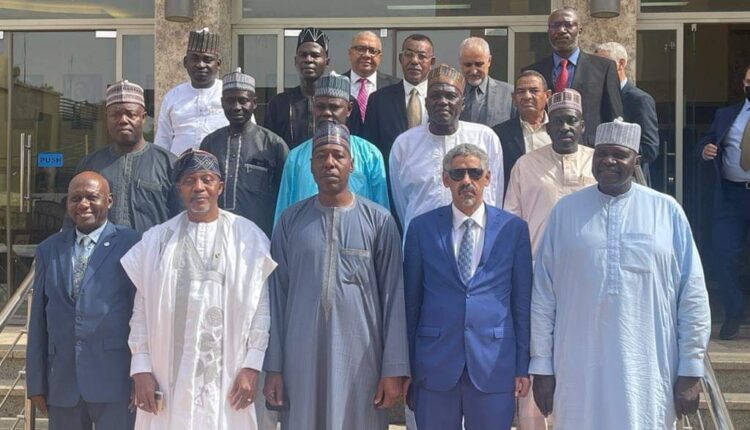 The Borno State Government and Arab Bank for Economic Development in Africa (BADEA) have disclosed that the duo would be collaborating on exploiting the mass production of wheat and gum arabic in Borno for onward exportation to international markets across the globe.

As stated, the partnership had been formed to increased value chain and export for the farm produce and tap into the Arab Organization for Agricultural Development in the bank’s operational structure for greater dividends for Borno farmers, particularly families who are just resettling back to normal lives

The Borno State Governor, Prof. Babagana Zulum, who led the Borno team to headquarters of the Arab Bank in Khartoum, Sudan, during the weekend, noted that the decision was reached after the state delegation presented the prospects to bank and inherent benefits for both parties.

He added that the bank was approached in line with its mandate of strengthening economic, financial and technical cooperation between Arab countries and African regions through financing opportunities for economic development in African countries.

The governor, during his pitch, explained the challenges facing Borno as a result of terrorism attacks on communities as well as the ongoing rebuilding and economic recovery efforts with huge opportunities in agriculture, given the state’s vast and fertile land resources for irrigation and rain fed agriculture.

Zulum’s team also proved Borno’s potential as a major producer of wheat and gum arabic, among other food and cash-crops, arguing that the partnership for increased value chain and export through the bank established by 18 Arab countries (the League of Arab States) would help in achieving the state government’s recently launched developmental and rebuilding plan

Responding, The bank’s team, led by its Director-General, Sidi Ould Tah, made overview presentations on Nigeria’s wheat, gum arabic and date palm productions, and obliged Zulum’s request with discussions to go towards identifying specifics for both parties and implementing them.