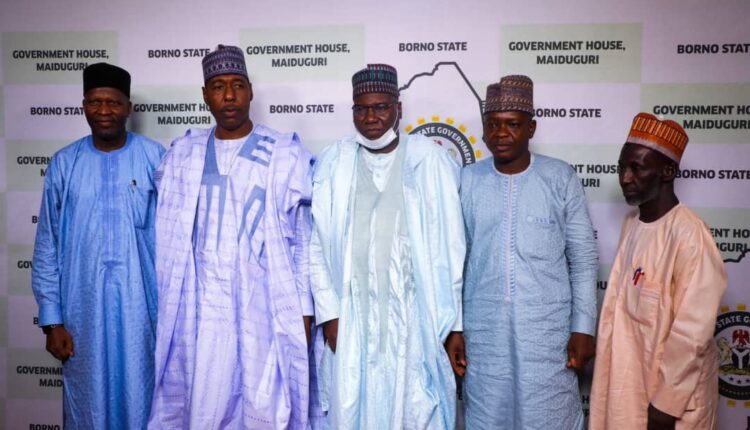 Borno State Governor, Prof. Babagana Zulum, has approved N100m to assist in the take-off of Federal Polytechnic, Monguno, which was recently approved by the Federal Government.

He added that the grant was in line with his administration’s commitment to ensuring smooth commencement of academic activities in the institution such that would facilitate enrolment of students across to state and reduce illiteracy in Borno.

The governor stated that out of the N100m, N50m has been released to the state’s Ministry of Higher Education for rehabilitation works at a proposed temporary site of the polytechnic, provided by the state government while he would be releasing additional N50m to the polytechnic management to supplement commencement of their operations.

Zulum made the announcement yesterday when he received the rector of the polytechnic, Professor Garba Ngala at the Government House, Maiduguri, noting that his administration was committed to complementing the federal government efforts in ensuring that all necessary requirements are met for the polytechnic to function.

Earlier, Prof. Garba revealed that the polytechnic plans to start enrollment of students by October, 2021 and reiterated the polytechnic management’s commitment towards the success of the tertiary institution for the development of Borno state.

Prof. Garba was accompanied by the register of the polytechnic, Adamu Alh. Usman, the Bursar, Mohammed Abadam and the Liberian, Bukar Wasaram.

It would be recalled that the Zulum had, in January, 2021, led a delegation of national assembly members to the Minister of Education, Adamu Adamu, in Abuja to convey the state’s gratitude soon after President Buhari gave approval for Borno to have a federal polytechnic.