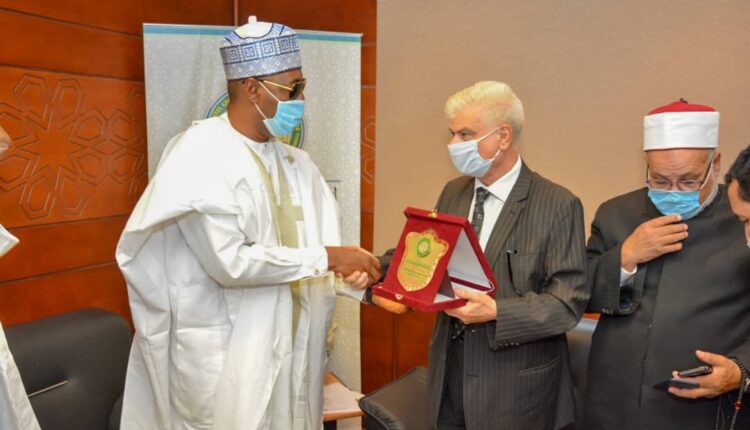 The Borno State Governor, Babagana Zulum, has disclosed that his administration would be joining forces with World Organization of Al-Azhar Graduates, in Cairo, Egypt, to train scholars and preachers for the 21st century acceptable standards.

He explained that the partnership had been formed to ensure advanced training of academics and sharing of knowledge, comparing of notes among tertiary institutions and preachers in Borno State.

Zulum said that apart from collaboration with Al-Azhar, his administration would also be partnering with other universities on medical studies, and other medicines-related courses.

Speaking yesterday during his visit to the institutions as part of activities lined up for his ongoing tour in Egypt, Zulum called for the re-opening of Al-Azhar Institute in Maiduguri, the opening of Arabic Center, and establishment of a branch of the World Organization for Al-Azhar Graduates in Borno state.

Zulum also visited Ain Shams University, also in Cairo, where he met with President of the University and centered discussion on collaboration between the University and Borno State in the area of medical studies ahead of the planned establishment of a teaching hospital for Borno state university.

He also discussed the possibility of sending medical students to Egypt, for courses that would expose them to different aspects of learning and specialization.

After the meeting, the governor was conducted round the faculties of Medicine, Engineering, with details of programs offered, to which Zulum was impressed with hope of stimulating his own vision for medicine and engineering courses at Borno state University.