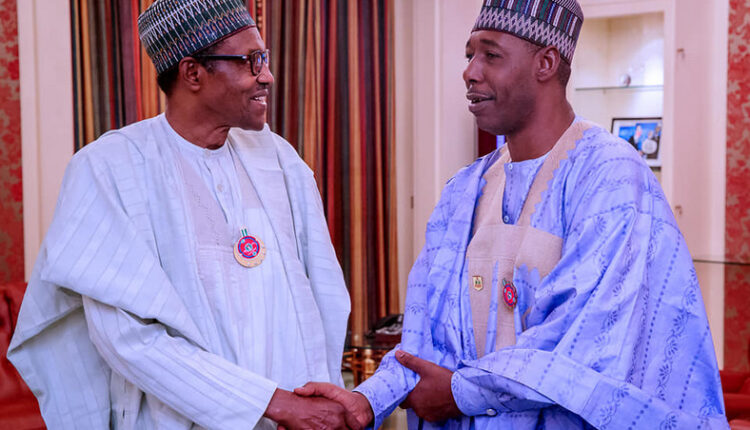 Despite Boko Haram’s serial killings across the northern region, particularly the recent beheading of over 40 farmers of Zabarmari community in Jere Local Government Area of Borno State, the state’s Governor, Babagana Zulum has rated President Muhammadu Buhari high on his performance in area of insecurity in the state.

He said contrary to mixed opinions and reactions from different quarters, the President has performed better in handling of Borno’s security challenges since 2015.

According to him, notwithstanding recent killings of farmers and other attacks, statewide records on the 27 local government areas since 2011, indicate clearly that the President still performed better in handling of Borno’s security challenges.

Speaking while addressing northern elders from the Arewa Consultative Forum in Maiduguri on Sunday, Zulum said that major Boko Haram and other insurgents activities across the state have been reduced to barest minimum.

He explained that prior to 2015, many terrorities, including military barracks were attacked and seized by the terrorist, while residents and traditional rulers fled their ancestral homes to evade death.

“From statewide statistics on affairs in the 27 local government areas since 2011, the fact is that despite the recent happenings in Borno State, the security situation in Borno State and indeed that of the Entire North East Sub-region is still far better under Buhari, and this is based on records. For instance, unlike the years before Buhari when a number of local government were no-go-areas, we now have citizens led by our traditional rulers, safely back to Bama, Gwoza, Askira-Uba, Dikwa, Ngala, Monguno, Kukawa, Damboa, Konduga, Mafa, all of which no one could visit not talk of living there. Our emirs were all in exile. Today, Bama is coming back to live and so is Askira-Uba, Damboa, Gwoza and others.

“Live is even returning go Baga. This was impossible before Buhari. In fact, it was not possible to move few kilometers out of Maiduguri. Insurgents were so bold to attack and take over military facilities like the army barrack at Monguno, Bama, Giwa Barrack and Multinational Joint Task Force Headquarters at Baga to mention just a few. There were daily attacks bomb blasts in many parts of Maiduguri, the most populated part of the state but all of these have stopped under Buhari. These are the records and no one can dispute these records,” Zulum said.

The governor, however, indicated it was human nature to be more concerned about current realities than comparing the past and present.

“The insurgents by their nature, always want to attract publicity which is very strategic for terror propaganda, so they resorted to attacking our communities and running away and of course this worries us,” Zulum added.

The governor said the people will remain optimistic and keep doing their part in shared efforts to find sustainable peace in the state.

Zulum thanked the elders and all groups who paid similar visits to Borno in show of solidarity and support to citizens with humanitarian needs.