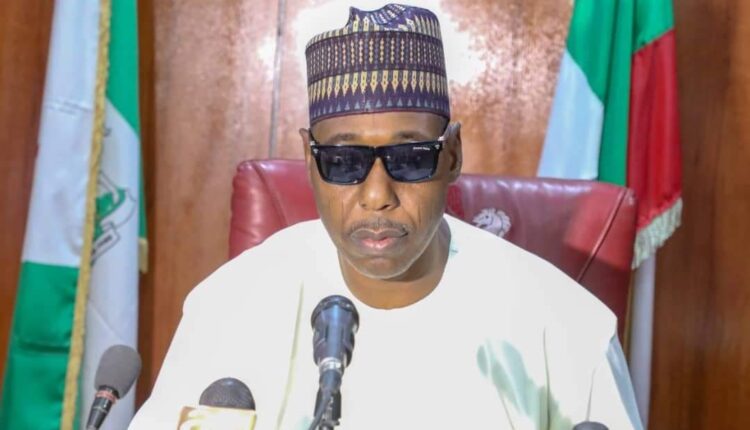 He explained that the Borno’s resettlement drive was aimed at helping citizens pick up the pieces of their lives and move on after many years of displacement ocassioned by Boko Haram and other terrorists attack across the state.

Speaking at the Government House during the inauguration yesterday, Zulum assured that his administration was committed to support and empower the returnees to engage in agricultural and other economic activities that would make them self-reliant and contribute meaningfully to the state’s development.

According to him, the committees members include policemen, Civilian Joint Task Force (JTF), Local Government officials, and Magistrate courts in six towns located in Marte and Gwoza Local Government Areas.

He said that the committees were saddled with task of ensuring all safety measures and essential public services are put in place and resettle IDPs to Marte in northern Borno as well as Ngoshe, Kirawa, Hambagda, Ashigashiya and Warabe in Gwoza LGA of southern Borno.

Zulum said that the Borno’s Commissioner for Reconstruction, Rehabilitation and Resettlement (RRR), Engr. Mustapha Gubio, would chair the committee on Marte while Gwoza’s committee would be chaired by Commissioner for Housing and Energy, Engr. Yuguda Vungas.

“The committees are to continue with rehabilitation and reconstruction work in Marte and Kirawa/Ngoshe, to undertake palliative repairs of Marte and Ngoshe/Kirawa roads in collaboration with the men of the Nigerian Army, to put in place all requirements that will ensure safety of lives and properties of returnees, to facilitate the establishment of civil authorities on ground, to identify IDPs willing to return home, and to address any other matter that is incidental to the smooth return and safety of lives and properties of the returnees,” the Govenor said.

He, however, enjoined the committees to be mindful of security situation across the state and put in their best in the discharge of their duties.