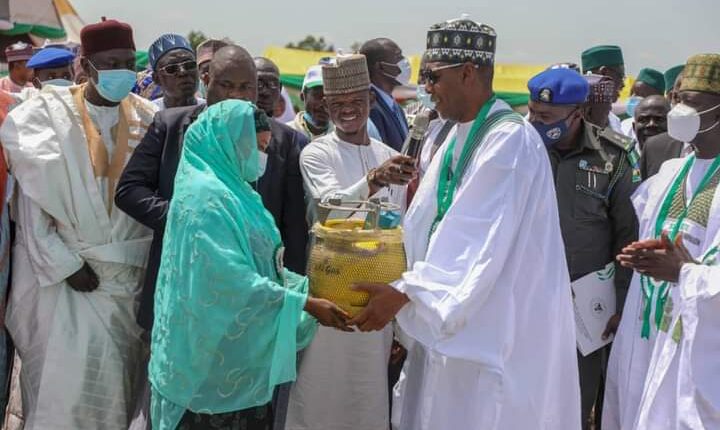 As part of the effort to mitigate climate change effect in Borno State, the Governor, Babagana Zulum, has flagged off a one million tree planting campaign to address reverse the ecosystem in the state.

Zulum said that the tree planting campaign, which was the first of its kind in the last ten years, become necessary due to pressures from desertification, deforestation, soil erosion, poverty, and insecurity.

At the flag-off ceremony held within Borno State University premises yesterday, the governor, who expressed dissatisfaction with the desertification challenges confronting the state, stated that his administration was committed to reversing the scenario, just as he announced that a policy has been developed to address the issue.

He noted that under the new policy, all new construction must be accompanied by planting trees to cushion environmental impacts of such developmental projects on the state.

Zulum added, “Government has already commenced raising of some seedlings, with the annual one-kilometre desert reclamation programme which is handled by the Ministry of Environment”.

Besides, the governor also made a symbolic presentation of an alternative source of energy to firewood in form of gas cookers and wood-efficient stoves.

Zulum, meanwhile, declined the naming of an orchard after him by the Ministry of Environment. He, however, directed the orchard located at the Borno State University to be named after his predecessor, Kashim Shettima.

“The Commissioner had just announced naming of the University orchard after me, instead, I have directed the orchard to be named after my predecessor. He established this University and therefore, in recognition of his tremendous achievements, I personally want to name this orchard after His Excellency, Senator Kashim Shettima”, he added.

Earlier, the Commissioner of Environment, Lawan Walama, said one million assorted trees including those with commercial values will be planted in nine Local Government Areas.