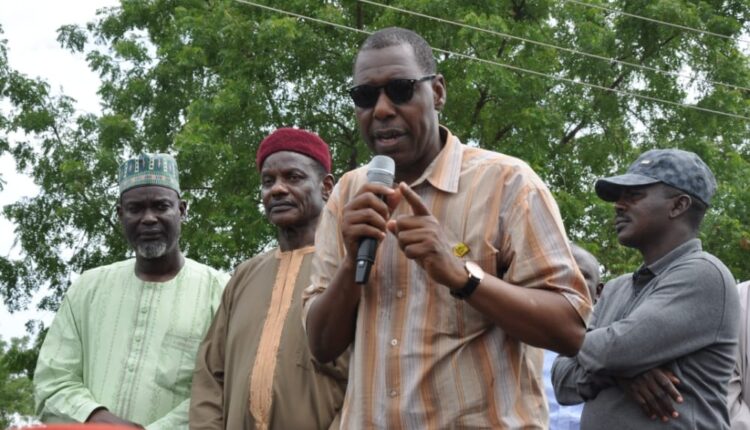 The Borno State Governor, Prof. Babagana Zulum, has commended President Muhammadu Buhari for his commitment towards tackling the numerous challenges bedeviling the Lake Chad region, and its ripple effects rubbing off on other neighboring African regions.

He added that the president’s commitment and his collaborative efforts with leaders in the region had begun yielding results leading to resettlements of Internally Displaced Persons (IDPs) to Nigerian communities bordering the Lake Chad region.

Zulum noted that Buhari’s leadership qualities and bravery in the face of daunting turbulence threatening the continent’s cooperative existence have paid off through relative peace been enjoyed across the neighboring countries.

Speaking during the weekend when he traveled to Baga, a famous fishing area, where he supervised the resettlement of 500 families that were made up of 1,200 members displaced for more than seven years, by insurgents attacks, the governor applauded the president’s efforts for his commitment towards the return of peace to the shores of Lake Chad and ongoing resettlement.

“Let me use this opportunity to express my sincere appreciation to the Commander in Chief of the Armed Forces of Nigeria, President Muhammadu Buhari first for creating the enabling environment that ensured the return of this very important community,” Zulum said.

He also appreciated the efforts of the Nigerian military, other security establishments, and volunteers in civilian JTF, hunters, and vigilantes for supporting the military and the resettlement committee’s reconstruction efforts.

The governor noted that Doron Baga, a fishing community located on the shores of Lake Chad, and in Kukawa Local Government Area, was a major area of economic interest to Boko Haram, during their occupation for more than seven years.

“This town was dislodged by the insurgents many years ago. Today, to the glory of God, we are witnessing the first return of the people to their home town from Monguno town of Monguno Local Government Area” the governor said while addressing the returnees.

Zulum however warned the returnees that the government would not condone any form of sabotage from any individual, enjoining them to report any suspicious person or activity, as it is only with their cooperation, that security could continue to safeguard Baga.