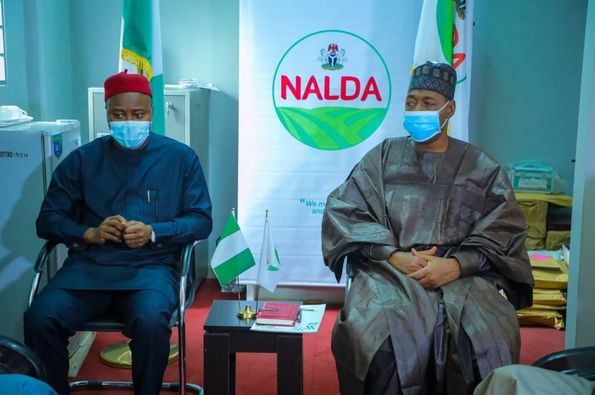 As stated, the company would be responsible as the official manufacturer of millions of sacks for the packaging of rice cultivated under the national programme.

NALDA Executive Secretary, Paul Ikonne, said that the company was selected after a thorough assessment of its capacity and quality of its products which met the standard being sought by the agency.

Announcing the contract on Wednesday when Borno State Governor, Prof. Babagana Zulum, visited the federal agency’s headquarters in Abuja, Ikonne maintained that the contract was in line with the order he placed when he recently led top officials of the agency to inspect BOPLAS production facilities.

He clarified that the NALDA’s choice of Borno indigenous company and for launch of a program on “Soil Doctors/agricultural extension workers” next month was not borne out of the state’s peculiar challenges but owing to Zulum’s commitment to agricultural development.

Ikonne added that the state would also be a take-off point for NALDA’s “grow your food” programme that would facilitate ways in which Nigerians would be encouraged to grow what they eat.

“Borno state is our official producer of local sacks both for our rice program and other programs. We have placed an order of 2 million sacks, it will not stop at the initial 2 million, it is going to be a continuous process as we made a request. Your Excellency, we are committed to working with you,” Ikonne said.

On his part, Zulum informed the NALDA boss of his administration’s commitment to food production, assuring that his government would collaborate with the agency in keying into all federal government agricultural programmes.