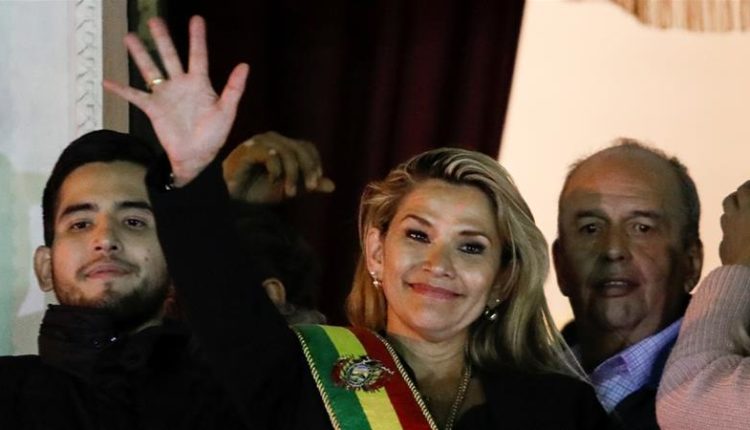 There was a mild drama in Bolivia after the country’s President, Evo Morales’ resignation, as the opposition senator, Jeanine Áñez, declared herself as interim president of the South American country.

Though lawmakers from the former President’s party boycotted the session, saying it was illegitimate; meaning there was no quorum for the appointment. But Áñez argued that she was next in line under the constitution, vowing to hold elections soon.

Corroborating her ascension to the seat, Bolivia’s highest constitutional court has threw its weight behind her assumption of power.

Ms Áñez, who was before the session the country’s deputy senate leader, took temporary control of the Senate yesterday, putting her next in line for the presidency.

The former deputy Senate leader assumed the position following a series of resignations.

“Before the definitive absence of the president and vice president… as the president of the Chamber of Senators, I immediately assume the presidency as foreseen in the constitutional order,” Ms Áñez said to applause from opposition lawmakers.

Reacting to the announcement, Morales condemned her actions, describing Áñez as a coup-mongering right-wing senator.

The former president, it would be recalled, had fled to Mexico, saying he asked for asylum there because his life was in danger.

He resigned after weeks of protests over a disputed presidential election result. He has said he had been forced to stand down but had done so willingly “so there would be no more bloodshed”.

Morales, a former coca farmer, was first elected in 2006, becoming the country’s first leader from the indigenous community.

After few years in office, he won plaudits for fighting poverty and improving Bolivia’s economy but drew controversy by defying constitutional limits to run for a fourth term in October’s election.

Pressure had been growing on him since his narrow victory in last month’s vote which result was called into question by the Organization of American States, a regional body, which had found “clear manipulation” and called for the result to be annulled.

In response, Morales agreed to hold fresh elections. But his main rival, Carlos Mesa – who came second in the vote – said Mr Morales should not stand in any new vote.