Army boss threaten to wage war against bandits, others… 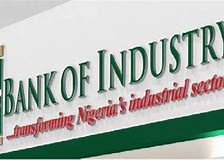 After completing 2019 financial accounts, the Bank of Industry (BOI) has disclosed that N39.33 billion was realized as profit before tax and created one million jobs within the year.

The bank added that the profit realized before tax in the year under review was 7.2 percent higher than the N36.66 billion recorded after completing its financial accounts in 2018.

In a statement made available to newsmen, BOI attributed the increase in profit to improvement in loan books, as well as the efficient management of the group’s other assets and liabilities within the year under review.

While stating that the improvements recorded indicate a strong alignment with the strategic objectives of the Federal Government, especially in the areas of industrial growth and job creation, the bank argued that the strategy aided improvement on all fronts inspite of the hurdle from general elections.

“In the same vein, Profit Before Tax of the group grew to ₦39.33 billion marking a year-on-year growth of 7.2 percent over ₦36.66 billion of 2018. The increase in profitability is a result of improvement in loan books, as well as the efficient management of the group’s other assets and liabilities.

“Despite a slow start in the first quarter of the year due to the build-up to the 2019 general elections, Loans and Advances grew by 16.7 percent from ₦634.11 billion in 2018 to ₦740.03 billion in 2019. Interest Income and Interest Expense increased by 20 percent and 54 percent on a year-on-year basis respectively due to an increase in loan book as well as the impact of borrowings (full-year impact on the interest expense in 2019, while 2018 impact was for 6 months)”, the bank added.

On employment, BOI explained that the one million jobs were created within the year after disbursing ₦234 billion to 10,145 enterprises that created 1 million direct and indirect jobs.

According to the bank, the disbursement to the Micro, Small and Medium Enterprises (MSME) segment increased from ₦33.9 billion in 2018 to ₦53.0 billion in 2019, representing a remarkable 56.3 percent year-on-year growth.

As a managing partner in the country’s Social Investment Programmes, Government Enterprise, and Empowerment Programme (GEEP), the group disbursed the sum of ₦8.2 billion to beneficiaries within the year under review.

BOI stressed that the fund increased total disbursement since inception to ₦36.9 billion to 2.3 million beneficiaries in the country

“In light of this outstanding performance, GEEP was recognized by the Desmond Tutu Fellowship for its role in driving financial inclusion. The programme also won the African Development Bank’s African Bankers’ Award as the most impactful Financial Inclusion programme in Africa”, the bank added.