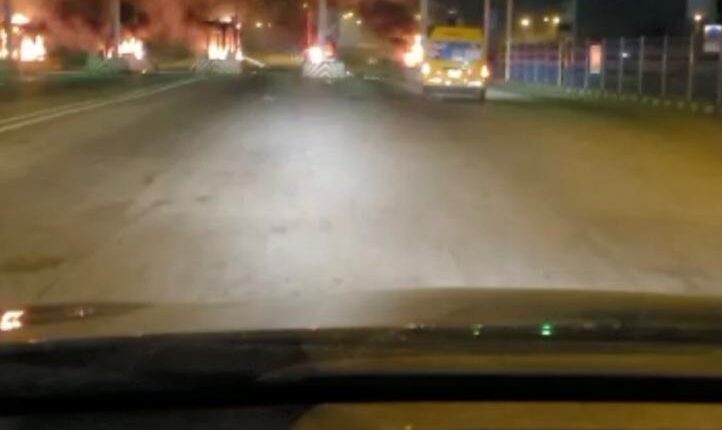 Barely three hours after gunshots were reported at the Lekki tollgate plaza which was set to have claimed lives and injured several others, the N29 billion Ikoyi – Lekki link bridge in Eti-Osa Local Government was said to have been set ablaze by angry EndSARS protesters that were attacked in the state.

Aside from the link bridge that was already set ablaze, it was learnt that a popular hotel, Oriental hotel, was said to have been under attack by some angry protesters that claimed that the tourist center was owned by their attackers in the state.

Also, the Guarantee Trust Bank (GTbank) and Reddington Specialist multi-specialist Center on admiralty way were said to have been set ablaze on Tuesday, causing pandemonium in the state.

The facilities, The Guild gathered, went under attack at about 10 pm after military officers left Lekki tollgate where several protesters including several teenagers sustained injuries.

Although there was no one that could categorically state that the protesters were behind the action but the facilities started going up in flames after the demonstrators had survived the attack allegedly perpetrated by military officers that stormed Lekki tollgate and shot sporadically at the gathering.

Atleast nine protesters were said to have sustained severe gunshot wounds after the military officers launched an attack on the demonstrators a few minutes before 7 pm in the state.

As gathered, several bullet cartridges were seen on the floor at the Lekki tollgate where the protesters were shot at by men of the Nigerian Army.