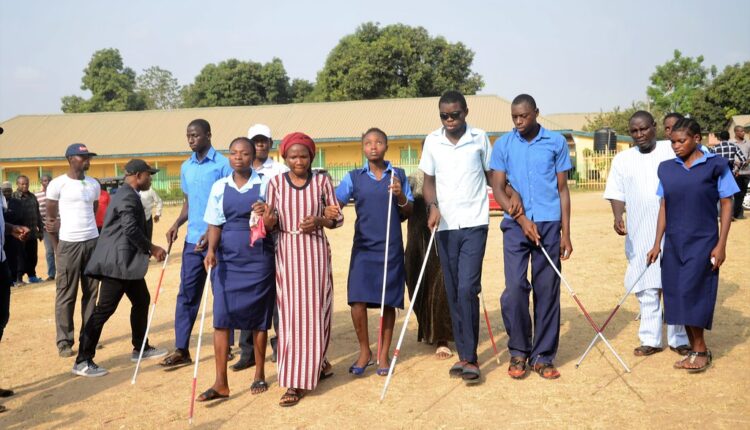 In a bid to discourage street begging, blind body under the auspices of the Nigeria Association of the Blind, Adamawa chapter, has made plans to enroll and empower members on skills acquisitions that would wade off  unnecessary hawking, so as to improve their standard of living.

As reported, many blind beggars on the streets had become victims of unforeseen circumstances which was one of the reasons the association’s leadership are making efforts to train and sensitise street beggers the benefits to improve on their skills.

The Chairman of the association, Adamawa chapter, Bitrus Richard, who disclosed the initiative, noted that the development is necessary since majority of his  members have talents and skills that could generate money but need little training and push  for start-ups.

In an interview section with newsmen on Thursday, in Yola, Richard appealed to the state government and other relevant stakeholders for supports and to give more opportunities to his members to participate in small scale entrepreneurship and social investment programmes.

He said the association had since its inception in 1976, strive hard to encourage its members to become self reliant, instead of begging for alms.

“The association is making efforts at the state level to discourage and stop its members from streets begging and unnecessary hawking.

” This cannot be achieved without the support of government and other relevant stakeholders.” Richard said.

According to him, we find ourselves in this situation not because we wanted it, but because we were destined to be like that by the Almighty creator.

The chairman urged residents to stop discriminating against persons with visual impairment and other forms of disability.