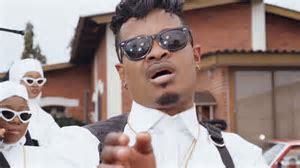 Multi-award winning artiste, Bigiano, has made his re-entrance into the Nigerian music scene with his hot new singles titled “Chiquito” and “Go Crazy”.

The one-time music rave had taken a decade long break from the music industry following the sensational success of his hit track “Shayo” in 2009, and has come out of retirement with the music releases marking his return as a major player in the industry.

The tracks feature the artiste’s signature dance vibes and have enjoyed wide acceptability from Bigiano’s old fans and new fans of his style of music.