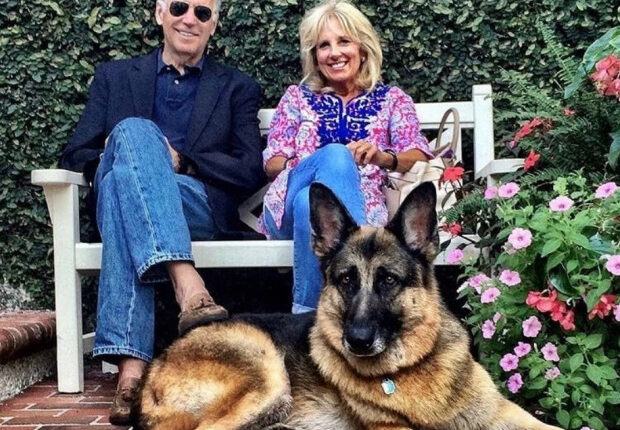 The United States President, Joe Biden, and his wife, Jill, have confirmed death of the family’s German Shepherd dog, Champ, who died peacefully in their home after celebrating his 13th birthday a few days earlier.

The Biden’s, who described the pet as a great companion that had over the years celebrated and grieved with them, said that the vacuum left by the pet would be hard to fill considering the services Champ often rendered.

Through a statement released on Saturday with different photos of the pet, paying tribute to one of the family’s two dogs, they said that the deceased pet had over a decade assisted the family to run errands and guard their grandchildren against missing their way in the house.

In a statement titled: “RIP to our sweet, good boy, Champ. We will miss you always,”, they noted that with Champ beside any of them, all their plans go as planned and that his understanding of their mood distinguished him from others.

The couple added that even as Champ’s strength waned in his last months, the pet ensured that the family gets his services and the companionship that had endeared every member of the family to him.

The statement reads: “Our hearts are heavy today as we let you all know that our beloved German Shepherd, Champ, passed away peacefully at home. He was our constant, cherished companion during the last 13 years and was adored by the entire Biden family.

“Even as Champ’s strength waned in his last months, when we came into a room, he would immediately pull himself up, his tail always wagging, and nuzzle us for an ear scratch or a belly rub.

“Wherever we were, he wanted to be, and everything was instantly better when he was next to us. He loved nothing more than curling up at our feet in front of a fire at the end of the day, joining us as a comforting presence in meetings, or sunning himself in the White House garden.

“In his younger days, he was happiest chasing golf balls on the front lawn of the Naval Observatory or racing to catch our grandchildren as they ran around our backyard in Delaware.

“In our most joyful moments and in our most grief-stricken days, he was there with us, sensitive to our every unspoken feeling and emotion. We love our sweet, good boy and will miss him always”.