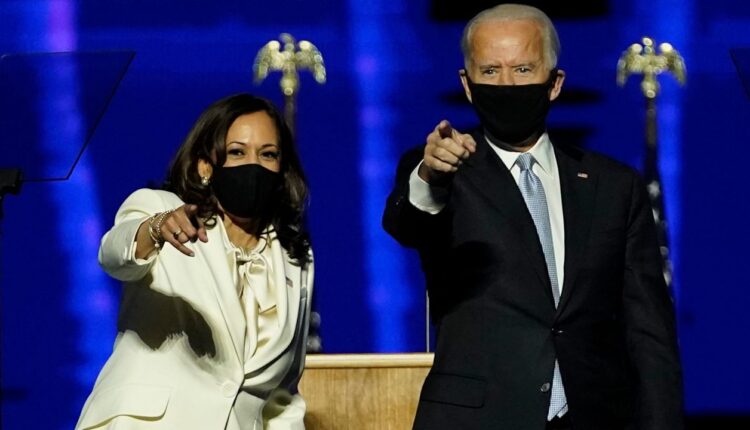 Barring any last minutes changes, the United States President-elect, Joe Biden, would receive his first dose of the coronavirus vaccine on Monday amid the virus rising second wave.

Aside from him, Biden’s wife Jill would also be getting an injection on Monday alongside the Vice President-elect, Kamala Harris, and her husband, Doug Emhoff, who are expected to receive their doses the week after next.

Confirming the development, Biden’s incoming Press Secretary, Jen Psaki, said that that the arrangement had been made to follow Vice President, Mike Pence, Senate Majority Leader, Mitch McConnell, and House Speaker, Nancy Pelosi, who became the highest-ranking government officials to receive their doses on Friday.

Briefing newsmen yesterday, Psaki hinted that Biden would be receiving the shot in public, as Pence did, in an effort event aimed at reassuring Americans that the shot is safe.

President Donald Trump, who frequently downplayed the severity of the virus and feuded with his top public health officials, has so far largely remained out of sight five days into the largest vaccination campaign in the nation’s history – one that could eventually put an end to the raging coronavirus pandemic.

He has held no public events to trumpet the roll-out and he has not been inoculated himself. But he has tweeted fewer than a handful of times about the shot.

White House Deputy Press Secretary, Brian Morgenstern, said on Friday that the president, who contracted the disease back in October, was currently discussing with his medical team the appropriate time to get vaccinated and that the president is “perfectly willing” to take it.

“There are medical professionals I think providing advice, and there’s some public reporting on that that says that for someone who’s recently recovered and had the antibodies, it may not be as immediate a need for that person to be vaccinated,” Morgenstern told reporters.

Pence, meanwhile, has taken an increasingly visible role in highlighting the safety and efficacy of the shots, including touring a vaccine production facility this week.