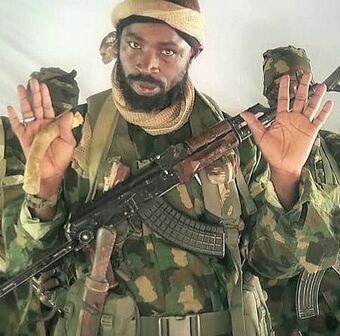 Following last Friday’s abduction of at least 333 students from Government Science Secondary School, Kankara, Katsina State, terrorist group, Boko Haram, has claimed responsibility for their disappearance, saying the action was in continuation of their 2014 motive in Chibok, Borno State.

This is coming as the murderous group also denied negotiating with the Katsina State Government as being reported across media platforms and against Governor Aminu Masari’s claims.

Boko Haram leader, Abubakar Shekau, said that the abduction, as was in the case of the 2014 abduction of hundreds of schoolgirls in Chibok, was carried out to discourage people from acquiring western education.

Through a recording released on Tuesday, Shekau noted that contrary to claims by the authorities, his men were responsible for the abduction and they are in possession of the schoolboys.

“I am Abubakar Shekau and our brothers are behind the kidnapping in Katsina. What happened in Katsina was done to promote Islam and discourage un-Islamic practices as Western education is not the type of education permitted by Allah and his Holy Prophet,” he said.

He added, “They are also not teaching what Allah and his Holy Prophet commanded. They are rather destroying Islam. It may be subtle, but Allah the Lord of the skies and earth knows whatever is hidden. May Allah promote Islam. May we die as Muslims. In a nutshell, we are behind what happened in Katsina.”

At least 333 students are still missing since the attack late Friday on the all-boys Government Science Secondary School in northwestern Katsina state.

The attack was initially blamed on armed groups locally known as “bandits”, who are active in the unstable region where kidnappings for ransom are common.

The army had yesterday claimed that it had located the hideout of the men and that a military operation was underway.

More than 100 gunmen on motorcycles stormed the rural school in the north of Kankara town, forcing students to flee and hide in the surrounding bush.