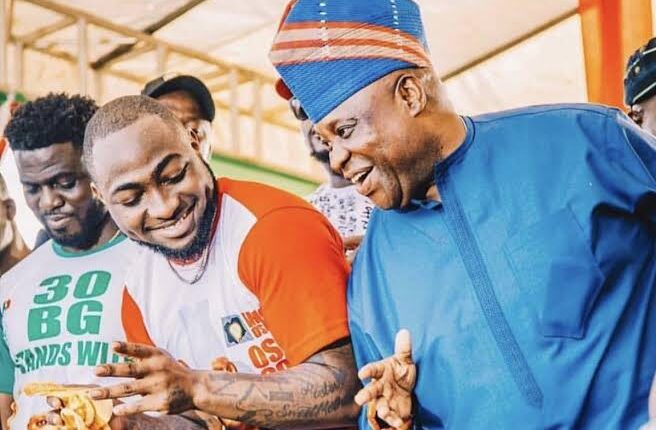 One week of my annual leave in Ile-Ife was amazing, except for the deplorable roads in the ancient town.

The foods are cheap. A wrap of pounded yam is N50 as I hardly finished four wraps. With N600, my uncle was able to prepare vegetable soup, “Worowo”, which we ate for two days.

Nevertheless the look on my town has not encouraged me, the roads are terribly bad. In fact some streets we used to play had been abandoned and over taken by bush.

I learnt that the foremost Yoruba monarch, His Royal Majesty, Ooni Adeyeye Ogunwusi was not happy with the situation and once told Vice President Yemi Osinbajo during a courtesy visit to his palace to help fix the roads.

I was at Akaraba Line One but could not burst out at Ijedu. The end of the road had been blocked by bush.

The houses at the junction had been deserted due to Modakeke/ Ife communal clashes. This include a friend’s family house, Poju Adeyombo whose late father was the real face of town planning in Ife for decades.

Akarabata line one to three were once dominated by the middle class in Ile-Ife. Many of the houses on that street had been abandoned and a few now occupied by thugs and Yahoo boys.

As I drove towards the end of the street, I could hear these urchins ridiculing me as JJC. They did not know that the place once belonged to responsible people.

The reconstruction of Mayfair-Iremo-Enuwa Road had since been abandoned over court cases, I learnt.

Almost all inner roads in the town will need rehabilitation. Osun State Government of Oyetola needs to look towards this ancient town and fix the roads so that residents can ply it when our king flies in the air.

The former PDP governorship candidate in Osun state, Senator Ademola Adeleke is thinking of buying a jet for Oonirisha.

There is nothing bad in that but the best I think Adeleke can do to win the votes in Ife now that Otunba Iyiola Omiore is in APC is for him to help us fix our roads.

If Oyetola will not fix the roads, let Adeleke fix it and win some good votes in Ife oo jare.

KUNLE AWOSIYAN is a journalist based in Lagos