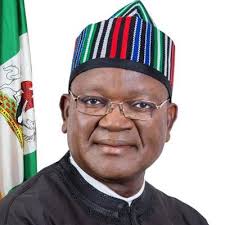 The Benue  State Government has ordered an immediate relax of lockdown in the state, saying that residents would now be able to engage in some of the activities which had earlier been banned as a result of the movement restriction within its borders.

It said that the move was aimed at cautiously re-starting the state’s economic processes which had been shut down by rising incidence of coronavirus within the nation and that it would also avail residents the freedom to enjoy the inalienable human rights pertaining to all persons.

The State Executive Council, chaired by the Governor, Samuel Ortom, revealed that churches and mosques would be reopened and that the ban on religious gatherings within the state had been lifted in order to avail residents the right to worship while upholding the medically advised coronavirus preventive measures.

The council, during a meeting with the State Action Committee on Covid-19 on Thursday, stated that the religious bodies were mandated to ensure that worship sessions were held in adherence to social distancing measures and that adequate provisions of facilities such as hand washing stands and hand sanitizers should be made available.

The executive council also decided that state workers on grade levels one to twelve, who had previously been advised to stay home due to the coronavirus outbreak, should resume to their various places of assignment from June 1, 2020, and that adherence to the disease preventive measures, such as wearing of facemasks, was mandatory in all workplaces within the region.

“Churches and Mosques with effect from today Thursday, May 21, 2020, are to hold staggered worship sessions. This implies that a Church or Mosque which before now held two worship sessions should henceforth conduct four sessions in a day,”

“Street trading is encouraged but strict obedience to social distancing protocols should be upheld by traders and consumers. Markets will be partially opened in order to enable traders to access their shops,”

“The decision on the possibility of school resumption would, however, be reviewed during the next 14 days”.

The state government urged residents to intensify farming activities during the gradual ease of lockdown in the state and assured people that periodical disinfection of markets would be carried out in order to curtail possible spread of the deadly coronavirus infection within the region.

It said that inter-state movement remained banned, except for persons on essential duties, and assured residents of the government’s commitment to ensuring the safety and wellbeing of its people.