Tinubu gets Northwest speakers’ nod for 2023… 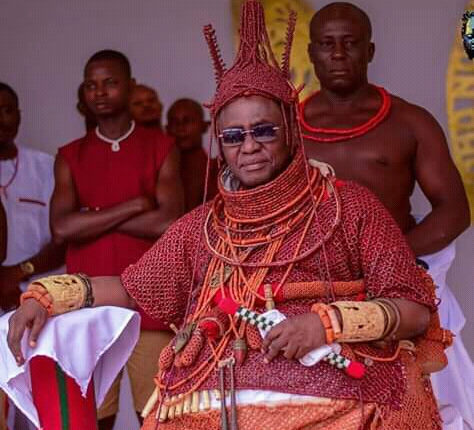 Ahead of the forthcoming gubernatorial election in Edo State, the Oba of Benin, Oba Ewaure II, has distanced the palace from endorsing candidates of the All Progressives Congress (APC) and the Peoples Democratic Party (PDP) Godwin Obaseki and Osagie Ize-Iyamu respectively.

He explained that the decision to distance the palace from partisan politics had become imperative in dousing the tension and accompanying violence that is being witnessed lately across the state in preparation for the governorship poll.

The Benin monarch while warning politicians against setting the state on fire said that the place has no interest in partisan politics but has role to ensure the state is safe and habitable for residents before, during, and after the governorship elections.

Speaking during a stakeholders meeting held in Benin on Wednesday and attended by both Obaseki and Ize-Iyamu with two former governors of the state, Chief John Odigie-Oyegun, and  Adams Oshiomhole in attendance, the monarch maintained that the traditional institution remained non-partisan, and warned the palace chiefs against making any political statement.

“I have already sacrificed my franchise over this because if I do cast my vote in favour of a particular candidate, I would have already taken a side. If any of the chiefs make any statement, they are only taking your money and cannot do anything beyond what the palace wants. They are not speaking for me or the palace; they are only speaking for themselves,” he stated.

Oba Ewaure while urging politicians to conduct themselves in a peaceful manner, regretted the violence across the state over the poll, stressing that the politicians must protect the state from disintegration.

He lamented that that Edo had not only been in the news for the wrong reasons but that the governorship election had pitted the people against themselves.

“This is the worst scenario of all the politics that we have seen in Edo. Edo politics have been in the news for quite some time now for all the wrong reasons. I have had sleepless nights over this. My mind is burning up over this violence and shooting all over the state. Let the shooting stop and let there be peace and quiet in the state.

“This singular act changed the prediction of international community that Nigeria will break up as a result of that election. We are begging you politicians, particularly the two political gladiators. You must all do your bit to calm down the tension in the state,” he said.