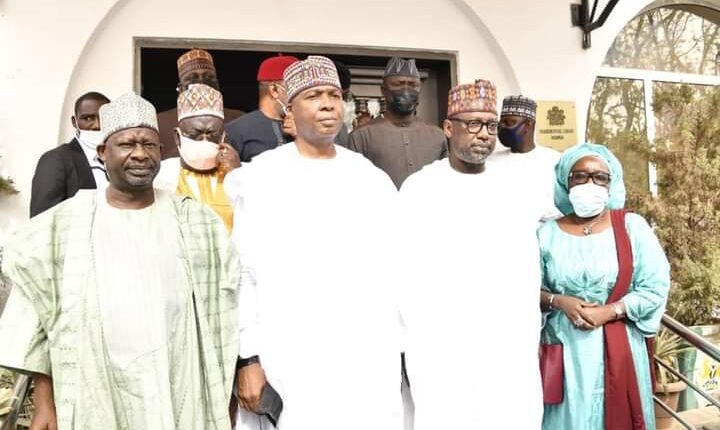 As Nigerians await rescue of the over 20 students, teachers, and relatives abducted by gunmen in Niger, the State Governor, Sani Bello, has disclosed that the surge in banditry, kidnapping, and other criminalities across the state may not end easily considering the unused large landmass that has become a hideout for the perpetrators.

Bello added that the unused large landmass has made it uneasy for military personnel to thoroughly patrol and flush out the criminals from the forest in the state.

He disclosed these yesterday when he received the National Reconciliation Committee of Peoples Democratic Party (PDP) on a sympathy visit over the recent abductions of students and others from Government Science College in Kangara, Niger State.

According to him, the bandits were having a field day in the state which was a result of its large size of landmass as they operate freely before help will come the way of their victims.

While allaying the fears of the public, the governor disclosed that there was light at end of the tunnel as Sheik Ahmed Gumi has offered to assist with the release of the victims.

The Governor, who appreciated the solidarity visit from the opposition and for their concern which was a way forward for national unity, said that the peace of the country should be made paramount as political activities can only thrive in a peaceful society.

Earlier, the leader of the delegation, Senate former president, Dr. Bukola Saraki, condemned the abduction and suggested that the menace could only be addressed through national unity because it had escalated beyond partisanship and ethnicity, saying Nigerians have to unite against this common problem

“This matter is a national problem and should not only be left to the Government, everybody even opposition, we should all come together and give support.

“When people are kidnapped they don’t ask them if they are APC or PDP, they are Nigerians and as such we must have a national approach, we are all ready and willing to contribute our role”, he added.

Saraki said that even though they were on a different assignment, they had to visit the Governor to condole with the Governor, show their solidarity to the State.

The Kwara State former Governor, Saraki, while calling on governments to improve on technology and intelligence as well as provide initiative to tackle the problem, prayed for the safe return of the kidnapped victims.