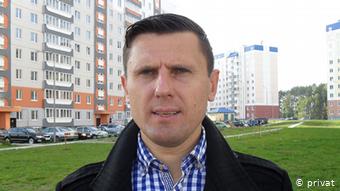 A freelance journalist, Alexander Burakov, has been sentenced to 10-day imprisonment by a Belarusian court for engaging in hooliganism in the country.

Burakov, who reports for German media outfit, DW’s Russian-language service, who was earlier placed in a temporary detention cell after being arrested twice by the police in his hometown, Mogilyov.

Before the journalist’s sentence yesterday,  he was stopped by the police hours earlier on suspicion of “transporting counterfeit alcohol,” he told the nongovernmental human rights center Viasna.

After police inspected Burakov’s car without finding anything, officers suggested that the vehicle, which he has owned since 2013, had been stolen and the car’s identification number might have been faked. As a result, the journalist was taken to the local police station.

A few hours later, Burakov was released but was rearrested a few steps from the police station for allegedly engaging in hooliganism after his earlier release.

The head of the local branch of the Belarusian Association of Journalists in Mogilyov, Boris Vyrvich, told newsmen that Burakov had argued with an unidentified woman in front of the police station and the lady screamed out to attract the law enforcement agency and after that, the newsman was seized.

Burakov was convicted of petty hooliganism, a charge that he denied and was said to be considering appealing the rulings on his action.

According to a transcript of the court hearing published on the website of the Belarusian Association of Journalists, a lobby group, Burakov said that his prosecution was purely political.

DW Director-General, Peter Limbourg, while protesting against the judgement, said that the reasons for Burakov’s arrest and conviction provided by the authorities could only be considered as a flimsy excuse adopted to hinder critical and independent journalism in the country.

“On behalf of Deutsche Welle, I protest firmly and in the strongest terms against this obviously arbitrary state action. It blatantly disregards the internationally guaranteed freedom of the press,” Limbourg said in a statement issued Friday. He also demanded that the government in Belarus immediately investigate this case.