We’ll leave no Lagosian behind in health coverage… 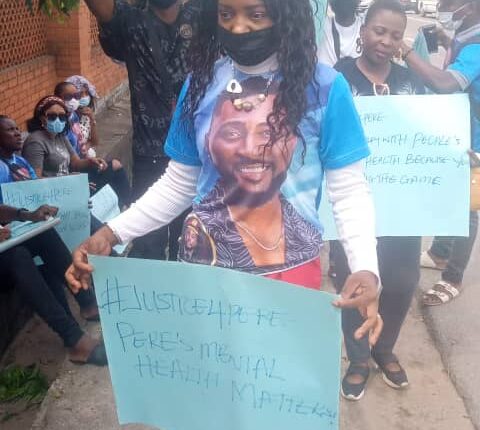 Scores of Big Brother Naija (BBNaija) viewers have taken to the street in protest against the organiser’s adjustment in the eviction system after asking one of the housemates, Pere Egbi, popularly called Pere was asked to exit the main house during the show.

The protesters wondered why BBNaija organisers adjusted the eviction system for Angel after it was applied on other housemates earlier evicted from the reality show holding in Lagos.

During the demonstration on Monday, they argued that since Pere had amassed enough votes to remain in the main house, he should not have been asked to leave, describing the development as a strategy to edge him out of the show.

The demonstration came barely 24 hours after Pere was asked by the show host, Ebuka Obi-Uchendu, to exit the main house alongside Angel during the weekly eviction segment of the reality show.

Without the knowledge of other housemates, Angel and Pere were taken to a secret “white room” where it was announced that they were to play a game to earn a spot at the finale.

As gathered, the announcement by Ebuka had continued to generate reactions from over one million viewers that had stayed glued to their Television set to watch the housemate’s activities and possibly monitor who eventually becomes the winner.

To express their displeasure against the announcement, supporters of Pere took to the DSTV office in Ilupeju and expressed their grievances against the moves.

The protesters, who were armed with placards with various placards, also chanted Justice for Pere, claiming that the housemate should be made to return as one of the five finalists since he amassed more votes than Angel.

In a statement preceding the protest, the reality TV star’s handler had said: “The events of yesterday created so much uproar among our fans, neutrals, and even our competitors.

“The ripple effect of this event has thrown our voting team off-balance in terms of our preparedness for the final week of voting. Even though we feel unfairly at a disadvantage, we still believe it’s a twist and a game that would play out and eventually make our votes count. We must trust the Process and integrity of the Platform. The platform wouldn’t allow the efforts of millions of people that went all out to vote to go in vain.”