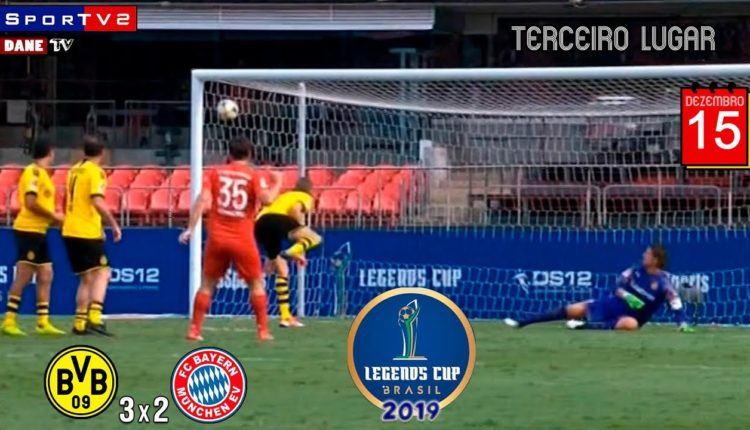 It may not have been a Klassiker in the truest sense of the word, but the Borussia Dortmund Legends will no doubt have been just as thrilled with their 3-2 victory over Bayern Munich to seal third place at the Legends Cup Brazil 2019.

Over 30,000 fans packed into the Estadio de Morumbi in São Paulo on Sunday to witness former Bundesliga stars Miroslav Klose, Giovane Elber, Lucas Barrios and Jan Koller, among many others, take to the pitch once more.

The match was the third-place play-off following BVB’s 2-0 defeat to Barcelona, while Bayern had succumbed by the same scoreline to eventual winners São Paulo.

That did not stop the teams – who shared a changing room at the stadium – going all out for victory though, with Dortmund racing into a 3-0 lead thanks to a brace from Barrios and a composed finish from Koller.

Bayern being Bayern, however, staged an impressive fightback and ensured a nervy final few minutes after Zvjezdan Misimovic and Ivica Olic reduced arrears, while Patrick Owomoyela and Roman Weidenfeller combined to deny Klose a last-gasp equaliser.

“I know from my time at Dortmund that you always want to beat Bayern,” said Barrios, who helped the club lift the 2011 and 2012 Bundesliga titles. “That’s why I’m happy that we won this match for third place. My heart still beats for the Black-and-Yellows.”