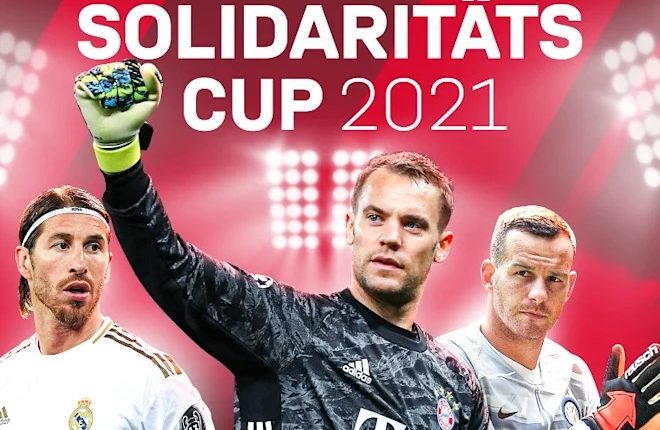 In a bid to assist the world get over the effects of coronavirus, German football club, Bayern Munich, has concluded plans to organise  European Solidarity Cup” (ESC) together with Real Madrid and Inter Milan.

The three clubs will engage in the tournament in 2021 to send a message of solidarity to the world and use the proceeds to support medical infrastructure towards gaining control over coronavirus.

In a statement made available to newsmen on Tuesday, Bayern chairman and CEO Karl-Heinz Rummenigge lamented that the tournament was their response to the pandemic that had hit the European countries so hard.

“We have established very good relations with a lot of clubs through many Champions League games, and have struck up friendships with some of them. Despite all the suffering and all the problems, we in Germany are perhaps fortunate that our healthcare system is proving resilient in this crisis.

“But we have also seen horrifying images from Italy and Spain, both countries among those hardest hit in Europe by the pandemic. We Germans have a very special relationship with both countries; Italy, like Spain, is one of our favourite holiday destinations”, he added.

On the mode of the tournament tagged Football for Heroes, the German club CEO explained that the games will be played depending on the match calendar and when spectators can be allowed back to the stadium.

According to him, the three teams will play each other in 2021 in a round-robin group, with one match staged in each city: Madrid (Real vs. Inter), Milan (Inter vs. FC Bayern) and Munich (FC Bayern vs. Real).

He added that the patron of the match between FC Bayern and Real Madrid scheduled for the Allianz Arena will be Bavarian Prime Minister, Markus Söder.

“Nurses, carers and doctors in particular are doing an outstanding job for society at the moment. We want to pay tribute to this, and that’s why it is called ‘Football for Heroes’. FC Bayern will invite 5,000 nurses, carers and doctors to the Allianz Arena for the match against Real Madrid. We, the three clubs, want to show these heroes our appreciation, respect and gratitude.”

“The net proceeds from all three games will be donated to medical facilities in Italy and Spain. FC Bayern sees its contribution as a symbol of support for a united Europe, in which everyone takes responsibility for each other”.