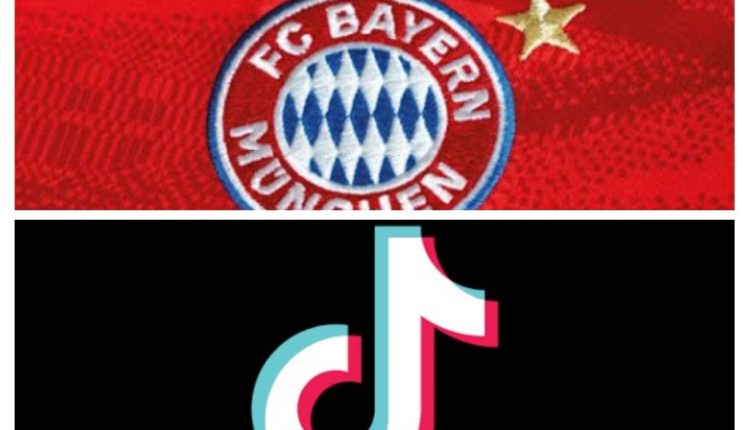 German Bundesliga Club, FC Bayern Munich, and China video-sharing platform, Douyin, owners of TikTok, have entered into a partnership to produce short-video on the club activities ahead of the league resumption.

The aim behind the partnership for both parties was to boost their popularity, while for Bayern, the app, currently the most popular social media platform, will serve as a tool to further reach out to its fans and for Douyin, this is the first partnership with a football club.

After signing the partnership agreement, the club board member responsible for internationalisation, strategy and merchandising, Jörg Wacker, stated that the move was to further entertain fans globally.

Wacker said: “FC Bayern opened its office in Shanghai in 2016 as the first German football club to implement a clear, long-term plan in China.

“Our staff there ensure a direct exchange with our fans and partners. We’re excited about this partnership with Douyin because it’s a company that offers the perfect opportunity in our digital world to make FC Bayern approachable and come alive. Particularly in a time dominated by Covid-19, being able to communicate through digital platforms is important. That trend won’t abate after the pandemic”.

FC Bayern Asia president, Rouven Kasper added that the partnership with the Chinese firm would cement the believe by Asians that the German club remain the most innovative European football team.

“FC Bayern is seen in China as the most innovative football club in terms of communication. With our partnership with Douyin, we’re taking the next important step. The majority of communication in China takes place on social media. Short videos are the new trend. With Douyin, we can offer our fans unique content and have the chance to further increase our profile. The goal is to be an essential part of our fans’ everyday lives, even in China”.

Responding, Douyin head of Sports, Ye Jueming, stated that the partnership would further create more users for the platform.

“As one of Europe’s most successful football clubs, FC Bayern has a very strong fan base in China. In the light of the Bundesliga restart, Douyin is delighted to cooperate with FC Bayern, our first cooperation with a football club. I hope Douyin and FC Bayern will produce great content about the club and players in the future. Douyin can use the platform’s creative and interactive features to help FC Bayern attract even more young fans in China”, he added.