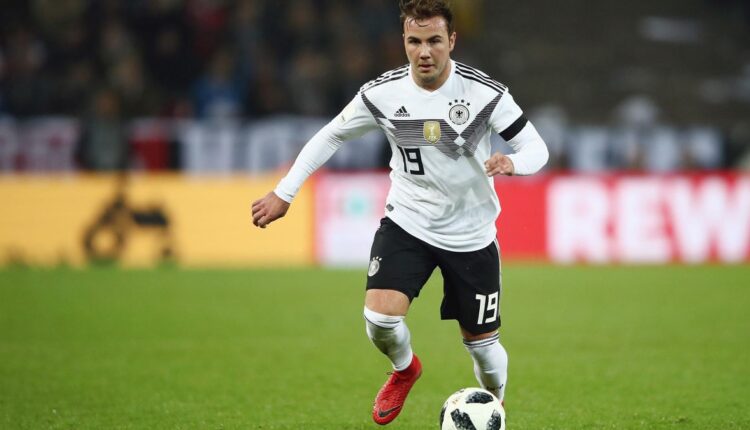 Götze return to the league for what would be the 12th season in the Bundesliga left the Dutch team, PSV Eindhoven, where he had been playing since 2020 after ending his second spell with Dortmund.

A five-time Bundesliga champion, who became famous for scoring the winning goal for Germany in the 2014 FIFA World Cup final in Brazil, would be using the avenue to attract interest from Hansi Flicks and possibly relaunch himself into the country’s national team.

The ultra-talented attacking midfielder – who only recently turned 30 – struck 18 goals and provided 18 assists in 77 games in all competitions for PSV over the past two seasons.

Completing his move on Tuesday, the forward described his return as one in that he aimed to assist Frankfurt to rival Bayern and possibly with the Bundesliga shield.

He said: “I’m incredibly excited about joining Eintracht Frankfurt. This club has made remarkable progress and has started out on an exciting and ambitious path, on which I can now accompany them.

“From the stadium to the fans to the city, everything is just to my liking. I’m really looking forward to my return to the Bundesliga, as well as the chance to play in the Champions League.”

As well as challenging for Bundesliga and DFB Cup honours in 2022/23, the club will also be taking part in the Champions League group stages following their Europa League triumph in May.

After kicking off their Bundesliga challenge against Götze’s former side Bayern on 5 August, Eintracht will face European champions Real Madrid in the UEFA Super Cup date five days later.

Götze, it would be recalled, made his Bundesliga debut under Jürgen Klopp at Dortmund back in 2009, the year in which he also picked up the Fritz Walter medal for excellence for his displays at the youth international level.

An attacker of mesmerizing ability, the Memmingen native was one of many young stars to light up the Westfalenstadion as Die Schwarzgelben won back-to-back Bundesliga titles and a league and cup double between 2010 and 2012. In his first stint at the club, Götze scored 31 times in 116 appearances.

Despite firing Dortmund to the 2013 Champions League final, providing eight assists en route to a 2013 meeting with Bayern, Götze was forced out of the showpiece against his future side with an injury. A further three German championships, along with two DFB Cups and the FIFA Club World Cup were added to his trophy haul in a three-season stay with the Bavarian giants.

In total, the highly versatile attacker managed 36 goals in 114 games across all competitions between 2013 and 2016 at Bayern. He then returned to Dortmund for four more seasons, winning a DFB Cup and a DFL Supercup during that time.

Götze scored 17 times in 63 senior appearances for Germany since making his debut as the then youngest German international since Uwe Seeler in November 2010. His extra-time winning goal against Argentina in the 2014 World Cup final made him the first-ever substitute to produce a winner in the tournament’s showpiece.

“Mario’s technical ability will help our game enormously, particularly when we’re in possession against deep-lying opponents,” commented Frankfurt sporting director Markus Krösche. “Moreover, he can showcase his strengths in virtually any attacking position, which gives us even more tactical variability. Last but not least, he brings many years of experience at the highest international level.”

EFCC drags Macmillan publisher, other before court for $156, 700 book fraud