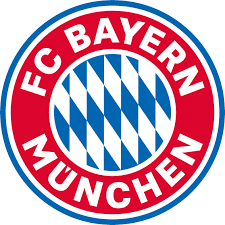 The management of German football club, Bayern Munich, has banned the team’s players from signing autographs and taking selfies with fans, following global spread of coronavirus.

This came days after World Health Organization (WHO), examined Coronavirus and warned that the novel virus may soon spread to all countries.

The global health organisation’s spokesman, Christian Lindmeier, in an interview with newsmen in Geneva, Switzerland, stressed that the situation is getting bigger, an indication that it could spread to all countries on earth.

“The outbreak is getting bigger. The scenario of the coronavirus reaching multiple countries, if not all countries around the world, is something we have been looking at and warning against since quite a while,” he said.

Lindmeier said: “China has reported nearly 80,000 cases in the two months since the outbreak began in Wuhan in Hubei province. About 10 percent are classified as severe, with 2,791 deaths so far, according to the WHO’s latest figures.

Aside from China, no fewer than 49 countries have reported 4,351 cases and 67 associated deaths.

However,  the German elite club, said the temporary ban was measure to prevent the spread of the disease among the team members and its general public.

The club,  in a statement, explained that the German Football League (DFL), had made a general statement on the subject of coronavirus for the Bundesliga and Bundesliga 2 on 26 February 2020.

The statement read: “FC Bayern Munich is paying close attention to national and international developments, while the club’s medical devlopment is keeping itself constantly informed on the current situation at the Robert Koch Institute. In addition, FC Bayern is in regular contact with the relevant health department of the City of Munich, who are immediately informing us of any changes and subsequent consequences.

“Based on the recommendations of the Robert Koch Institute and their extended implementation, Prof. Dr. Roland Schmidt, the internal head of FC Bayern’s medical department, has advised that FC Bayern players refrain from signing autographs for the time being and also from being available for photos or selfies with fans. We ask for the understanding of our fans and all visitors to our training sessions and games.”