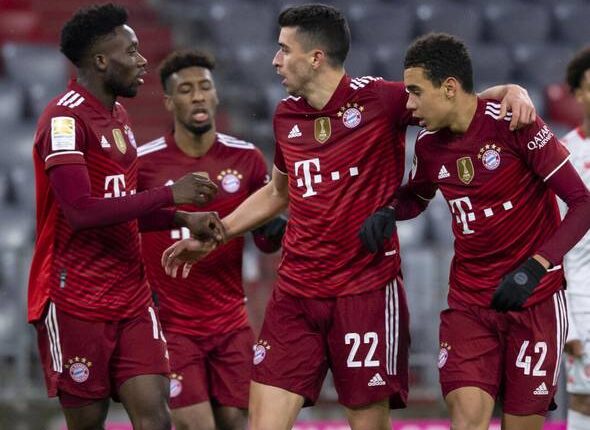 The German football giant, Bayern Munich, came from behind to beat Mainz 05 2-1 during their week 15 Bundesliga league game and extended their lead on the table from four to six points.

Bayern’s lead on the table was further aided after their closest rival, Borussia Dortmund, could not go past VfL Bochum, ending their encounter away at 1-1.

With the result of the matches played by both teams on Saturday, Bayern has recorded 37 points against the 31 points gotten by their rival.

During the match played at the Allianz Arena, Bayern’s home ground, the visitors took a shock lead courtesy of Nigerian-Austrian forward, Karim Onisiwo’s close-range header midway through the first half.

Moussa Niakhate went closest to a late equaliser but shot straight at the Bayern Munich goalkeeper, Manuel Neuer, forcing Mainz 05 to leave without a point and relegating them to eighth positions on the log.

At the Bochum Arena, the host’s forward, Sebastian Polter, opened the scoring from the penalty spot following goalkeeper, Gregor Kobel’s foul on Christopher Antwi-Adjei, but Julian Brandt equalised for Dortmund through a late on from Erling Braut Haaland’s cross.

Marius Wolf thought he had fired Dortmund level early in the second half, but Jude Bellingham was ruled to be in an offside position in the build-up to the goal.