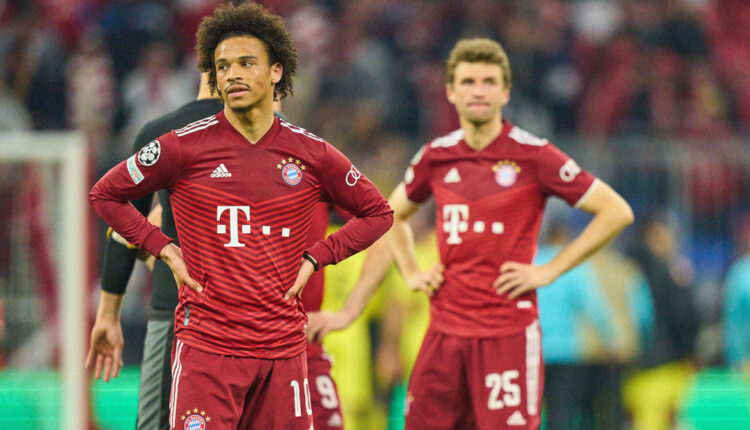 After defeating Barcelona on home soil 2-0 during the champions league game, German football giant, Bayern Munich, struggled to break down Augsburg’s defense in their Bundesliga match and lost 1-0.

The German club’s defeat away to their fellow city rival resulted in the league defending champion dropping down presently to fourth on the log table and could change to fifth if  Hoffenheim wins its seventh match.

The visitors, on Saturday, after the game remain on 12 points, while the host, Augsburg, moved to 11th position on the log with nine points.

Bayern Munich started off better and dominated the ball in the first half, but Rafal Gikiewicz pulled off a fine save to deny Leroy Sane 17 minutes into the match.

Then, Augsburg’s Maximilian Bauer had a big opportunity to put the hosts ahead, but his header went just over the bar before the interval.

After the second half commence, the hosts finally take the lead just before the hour mark when Mergim Berisha made the most of a pass from his colleague, Iago, pass to net from close range and break the deadlock.

Bayern Munich pushed for an equaliser, but they looked toothless in the final third, with Sane failing to beat Gikiewicz again in the 73rd minute.

Augsburg defended well throughout the 90 minutes and managed to grab a surprising victory against a struggling Bayern Munich, who haven’t won any of their last four Bundesliga games.

The runners-up of last season, Borussia Dortmund, returned to winning ways and claim the top of the table after a 1-0 win over local rivals, Schalke.

Dortmund’s substitute, 17-year-old forward, Youssoufa Moukoko, headed the winner for Edin Terzic’s side to become the youngest player to have scored in the local derby fixture.

Elsewhere, Union Berlin, who currently sit second, could reclaim the top spot if they beat Wolfsburg on Sunday (14:30 BST), while third-placed Freiburg travels to Hoffenheim.

How Chinese national kill Nigerian lover after breakup in Kano