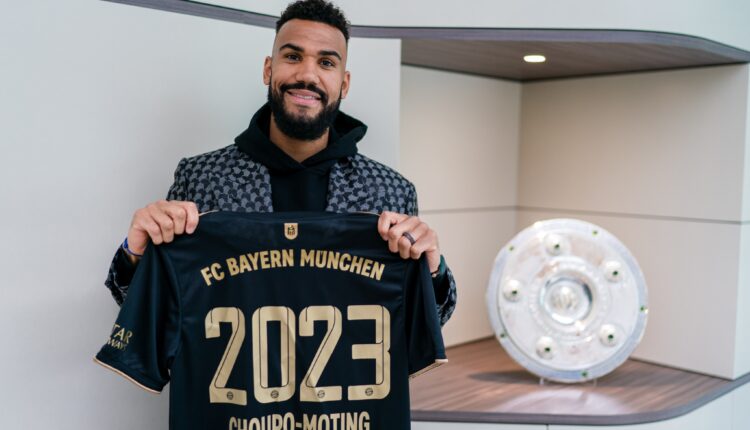 The 32-year-old striker, who moved to Munich from French outfit, Paris Saint-Germain (PSG), will have another opportunity to participate and possibly lift the Union of European Football Associations (UEFA), champions league trophy this season.

Choupo-Moting’s new two years contract signed on Friday, a year after becoming a free agent, 2020,  will have another opportunity to increase his Bundesliga appearance and goals tally.

Speaking after signing the contract, Choupo-Moting said: “I am proud to be here. FC Bayern is a very special club, the number one club in Germany and also one of the best clubs in the world.

“My first year here was great – on the pitch, but also off the pitch, we had a lot of fun together. I want to continue to have success with the team, I’d like to reach the DFB Cup final in Berlin and ideally win the Champions League.

“The striker has the footballing perspective in mind, but, is also happy to stay with FC Bayern for another two years for personal reasons: “I’m looking forward to getting to know Munich even better, to becoming even more at home here, because Munich is a beautiful city”, he added.

Reacting to the striker’s decision to extend his contract with the German record champion, the club’s Sport director, Hasan Salihamidzic, express Bayern’s delight that the forward has been a dependable material to the club’s victory last season.
Salihamidzic said: “We are happy that Maxim will stay with us for another two years. He is a very important player for us, performing strongly last season and scoring many goals.
“Maxim can be used in several positions, has very good technique, a lot of experience, and is a goal threat. Aside from his sporting quality, Maxim is also important for our team as a person. He will help us achieve our goals in the next two years”, he added.