Teenager under detention for raping 11yrs-old girl in…

JUST IN: NDLEA releases Zinoleesky, five others linked to… 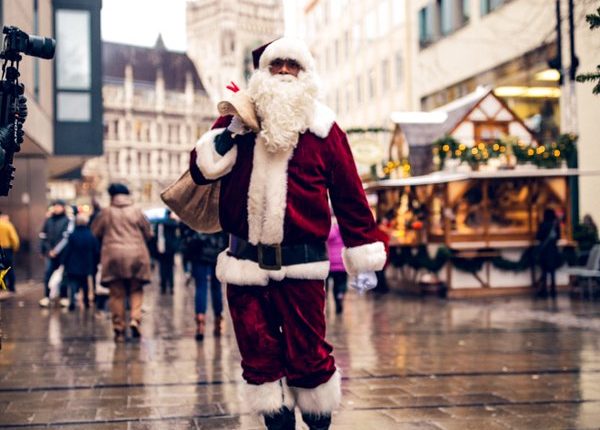 Bayern Munich defender, David Alaba, looked resplendent in a different kind of red as he took to the city streets, abandoning football, to deliver a surprise dose of Christmas cheer to German residents.

The 27-year-old-old handed out sweet treats to the initially unwitting passers-by before news got out that one of Bayern’s favourite adopted sons was behind the beard and rotund get-up.

“As Santa Claus, it’s a little more relaxed to walk around the Christmas market,” Alaba explained of his festive disguise.

“At Christmas time you should share your joy. Even if it was just a small gesture, people and especially the children in downtown Munich were very happy. And I really had fun with it, too”

“The support of our fans and followers in Munich is extremely important to us – we’re happy to give something back at Christmas time.”

Giving back is, in fact, as much a part of the Bayern DNA as winning football matches. Earlier in December, Alaba joined teammates Kingsley Coman and Thomas Müller on one of the club’s traditional pre-Christmas trips to one of their many fan clubs.

Philippe Coutinho, Robert Lewandowski, Manuel Neuer and interim coach Hansi Flick were among the players, coaching and management staff to get involved and warm the hearts of supporters up and down the country, and even across the border in Austria.