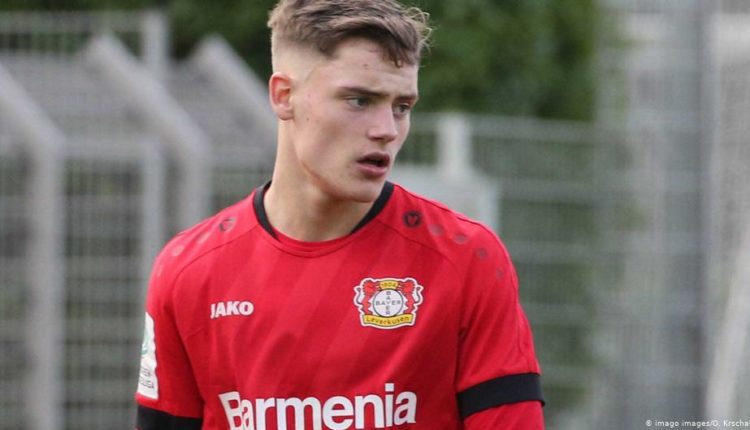 Bayer Leverkusen teenager, Florian Wirtz, on Saturday became Bundesliga’s youngest-ever goalscorer when he netted a late consolation for his club during their encounter with Bayern Munich which ended 4-2 in favour of the German champions.

Earlier, Wirtz made his debut on May 18 in Leverkusen’s 4-1 victory over Werder Bremen, breaking Havertz’s own record as the club’s youngest Bundesliga debutant.

Leverkusen went into this weekend’s fixture at the BayArena, their home ground, with the opportunity to frustrate Bayern’s title procession and bolster their hopes of playing in next year’s Champions League.

But there was no stopping the rampant Bavarians, who ended the match with four goals and move 10 points clear of Borussia Dortmund at the Bundesliga summit ahead of BVB’s clash with Hertha Berlin.

In a bid to fulfill the five changes accorded teams after the resumption of league, the Leverkusen manager threw in Wirtz and the teenager rewarded his coach at 89th minute with a strike though was little more than a consolation, it also marked a new record in the German top flight for the promising playmaker.

At 17 years and 43 days old, Wirtz became the youngest player to score in the history of the Bundesliga, beating the record previously set by Nuri Sahin who was 17 years and two months of age when he netted his first Dortmund goal in 2005.

Sahin is joined on the list by the likes of Julian Draxler, Timo Werner, and Christian Pulisic in scoring before their 18th birthday, while Wirtz’s team-mate Kai Havertz also makes the list having netted in 2017 at the age of 17 years, nine months and 22 days.