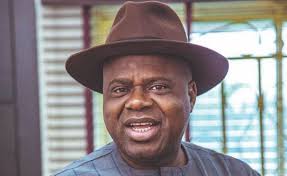 Bayelsa State  government said it has  suspended all agreements between international oil firms and their host communities across the state following allegations that an oil company,  Shell Petroleum Development Company, was causing  crises in some communities.

The Bayelsa State Governor Douye Diri announced this  in a statement by his Chief Press Secretary,  Daniel Alabrah.

According to the statement, agreements between oil firms and host communities should align with policies of the state government.

The statement said government would begin a review of the Global Memorandum of Understanding (GMoU) between cluster boards and community trusts with International Oil Companies in the state.

It also addded that, agreements between oil companies and host communities would have to be approved and monitored by the state government.

“The state government is interested in being a party to such agreements to ensure all parties comply with the terms.

“A situation where oil firms breach agreements with their hosts would no longer be tolerated. This often results in conflicts in communities.

“Consequently, no community in the state, especially those in Southern Ijaw Local Government Area, should sign any GMoU with IOCs and security companies operating in their area.

“Where such agreements have been inadvertently entered into, they remain invalid subject to a review by the Office of the Attorney-General through the Ministries of Local Government and that of Mineral Resources,” it said.