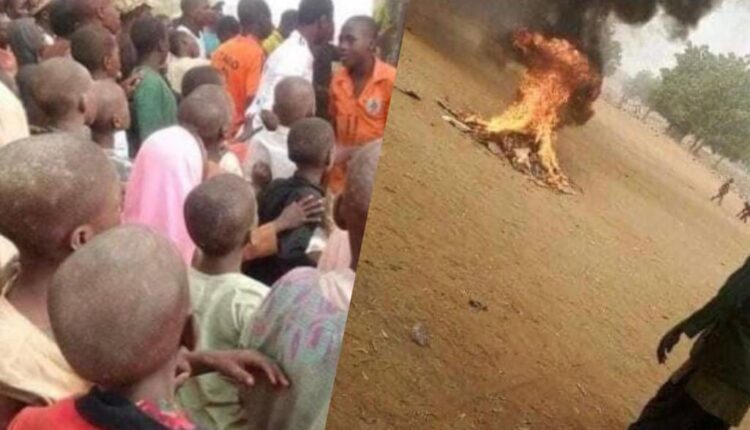 As learnt, the deceased was burnt to death yesterday by youths in the community said to have been angered by the alleged blasphemy.

The Guild reliably gathered that the youths involved in the mob action claimed that insulting the prophet carried a death sentence.

As gathered, the youths who perpetrated the act were said to have dragged the deceased from his mother’s presence before Islamic clerics who then asked him some questions, afterward the clerics told the crowd that Ruwa deserved to be killed.

The young man, who was said to have been mentally unstable, was then taken to the community center where he was set ablaze.

“The young man was killed by a mob in Sade town for allegedly insulting Prophet Muhammad. He was dragged from his house by a mob and forcibly set ablaze after being tied to an old car tyre.

“The village youths donated money to buy the petrol that was used to burn and kill Talle Mai Ruwa,” an eyewitness said.

It would be recalled that in August 2020, an Upper Sharia Court in Kano sentenced Yahaya Sharif-Aminu to death by hanging for allegedly insulting Prophet Muhammad in a viral Whatsapp video in March.