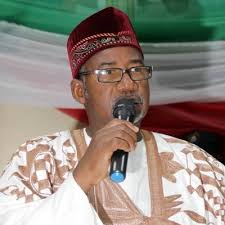 The Bauchi State Government disclosed that it has discharged three former coronavirus patients following their regaining full recovery from the infection.

It explained that the former victims had been certified coronavirus free by the Nigerian Centre for Disease Control (NCDC) following consecutive negative tests for the global pandemic.

Governor of the state, Bala Mohammed, who confirmed the discharge, said that the three patients had been released and allowed to reunite with their families following their recovery from the deadly illness.

Mohammed, through a post on his official Twitter handle on Thursday, expressed appreciation for the work of the state health care workers, saying that it was by their care, as well as the grace of God, that the patients were able to regain their health.

He urged all residents of Bauchi state to cooperate with his administration in its fight against the pandemic and asked that they uphold medically advised preventive measures such as regular handwashing, personal hygiene and social distancing, so as to curb spread of the infection among the people.

I am delighted to announce that at this time, three persons who tested positive to #COVID19 and therefore were admitted into the Bauchi isolation centre have fully recovered. The @NCDCgov has given the green light, and they have all been released to go home.