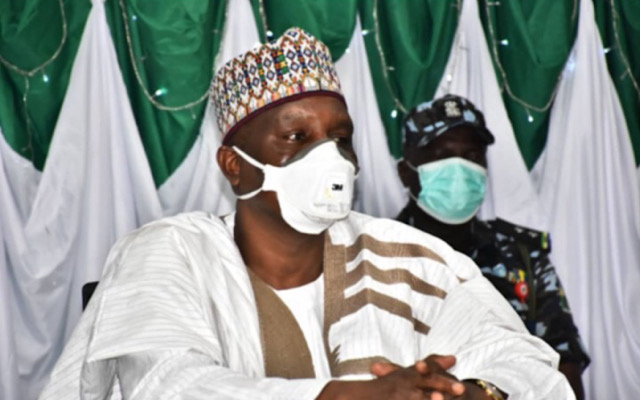 The Bauchi State Government had disclosed that the state’s Deputy Governor, Sen. Baba Tela, has tested positive for coronavirus

It explained that the deputy governor contracted the viral infection in the course of discharging his duties to the state and spearheading the state’s coronavirus task force team.

Recall that the State Governor, Bala Mohammed, had in March also tested positive for the deadly respiratory disease. Following his positive status, he proceeded into self-isolation.

The Governor, it was gathered, boarded the same flight and shook hands with Muhammed Atiku Abubakar, the son of Nigeria’s former vice president who had before him tested positive for COVID-19.

But, the government, through a statement released to newsmen on Wednesday by the Senior Special Assistant on Media to the Bauchi Governor, Muhktar Gidado, said Tela, who doubles as chairman of the State Task Force Committee on COVID-19, had gone into self-isolation while samples of all his primary contacts have also been taken for testing

He noted that the sample was taken after a test carried out on the deputy governor by the Nigeria Center for Disease Control (NCDC) returned positive.

“This is to inform the general public that His Excellency, Sen. Baba Tela, Deputy Governor of Bauchi State who is also the Chairman, State Task Force on COVID-19 was confirmed positive for coronavirus.

“He contracted the disease while discharging his onerous responsibility as Chairman of the Committee.

“Consequently, His Excellency, Baba Tela has gone into self-isolation in Bauchi, and health professionals are properly managing his situation,” the statement said.