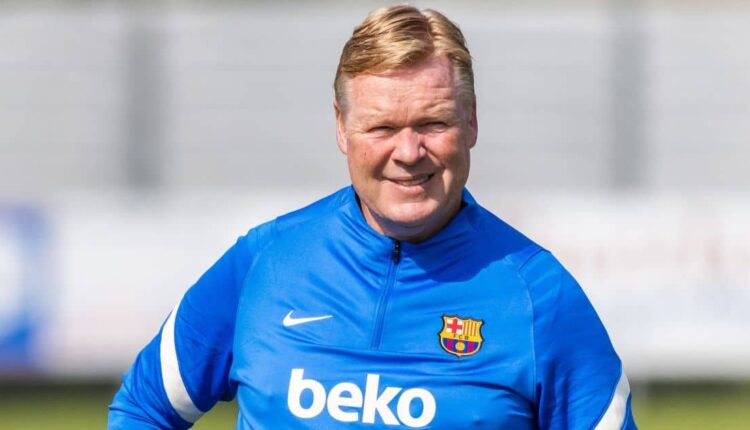 The Spanish football giant, Barcelona, has turned down requests from their supporters that the club’s manager, Ronald Koeman, should be sacked, following poor results in La Liga and the Champions League.

Barcelona said that the Dutch tactician would not be sack and that rather than sack him, it has decided to grant him more time to turn the club’s fortune around before the winter break.

The club, on Saturday, insisted that Koeman deserves more time and would not be shown the exit door irrespective of the team’s performance against the Spanish league defending champion, Atletico Madrid, this weekend.

Speaking on behalf of the management, Barcelona president, Joan Laporta, said: “Ronald Koeman will continue as the coach of Barca, he deserves a margin of confidence. Koeman is a cule and a reference point for Barcelona.

“I have spoken with him and I have drawn my conclusions. I really appreciate that he is leading Barca at a time of difficulty, the president added.

Laporta noted that the manager’s work has been hampered by the series of injuries to some of the major players that could have assisted the club to achieve better results.

“[Koeman] has had moments of discouragement but he has recovered his spirit and now that our injured players are recovering, he deserves to have time and our confidence.”

When he was questioned by pressmen over Koeman’s job security considering the prevalent public disagreements between the coach and the president, Laporta insisted that any exchanges made between the pair were only been made for the greater good of Barcelona.

“It has been said that we have a cold relationship and that is not true. We have a good, sincere relationship. He is a good person and I believe that he thinks the same of me. We are all trying to make things happen for the better.”

While there is no questioning that Koeman has struggled for positive results, the head coach has been hampered by a raft of injuries to big-name players such as Sergio Aguero, Ansu Fati, and Ousmane Dembele to name just a few.

Fati’s recent goalscoring return had given the club something to cheer about during a dark time, and Laporta expects more positives to arrive in the near future as more stars become available for selection.

A dreadful start to the season has led to calls for the coach to be dismissed, with poor results in La Liga and the Champions League contributing to fan unrest.

Speculation regarding who could take over in the Camp Nou dugout has been rife as a result, but Laporta has claimed that Koeman will be given more time – at least in the short term – to get Barca competing at a high level once again.