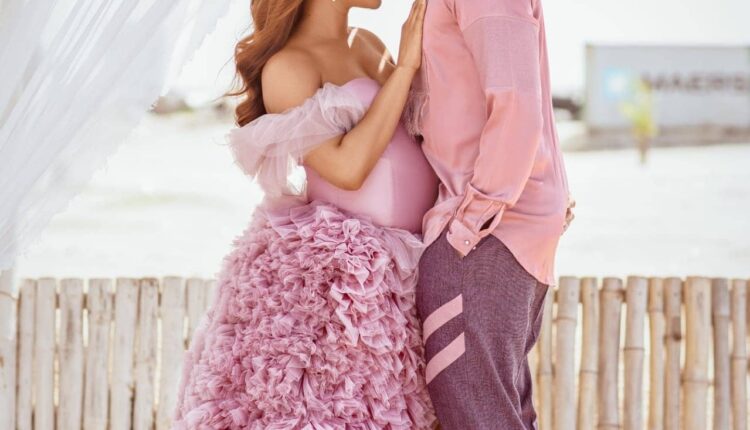 The Nigerian singer, Bankole Wellington, professionally known as BankyW, and his celebrity wife, Adesua Etomi, have opened up on their journey to parenthood, sharing testimonies including how they lost their first set of twins through miscarriage.

According to the couple, the decision to reveal their journey to parenthood was basically to inspire several other couples battling with childbearing and were about to lose hope in their pursuit to have offsprings.

The revelation came weeks after the couple welcomed their first child, ending three years of wait for the couple that walked down the aisle during a glamourous wedding in the country.

These were revealed during a visual interview in which they recounted how they lost their set of twins during the third trimester of the pregnancy and how they struggled to cope with complaints from admirers and fans after months gone by and they were yet to announce arrival of their first fruit.

According to Adesua, she visited the hospital for a routine checkup, and during the checkup, the doctor examining her pregnancy could not find their babies’ heartbeat.

Narrating her ordeal, the actress said at, first, she laughed over the situation, found the doctor’s comment mysterious but when she got home, she broke down and wailed until her husband arrived.

Adesua said, “We got pregnant with twins and we had gone for the scans and we had seen the heartbeats. At this point, very few people know when this happened. Every report you have heard is a lie because nobody knew when it happened. We saw the heartbeat and everything was okay.

“During a routine check-up, we went back to the hospital to have a scan and I just saw the doctor’s face ― you know when something is wrong; sometimes you can tell. The doctor was scanning and I asked, ‘what is wrong but she said nothing.

“I looked at the nurse’s face and she looked a bit funny too. I asked what was wrong and she said, ‘Adesua, I am looking for the heartbeat.’ I asked, ‘for two of them?’And she said yes. I am actually not going to lie, I started laughing because it did not make any sense to me. I was like, ‘what do you mean you can’t find the heartbeat of both?’ She said ‘Yes. Banky was not home at the time, so, I went home and I remember being in our living room. When I was at the hospital I was laughing; I was like ‘God knows’.

“When I got home, I literally collapsed on the floor and I wailed. Wailing is not the same thing as crying. Wailing is a deep groaning in your chest. It is like a nut that you cannot get rid of. I am sharing this because so many women go through this but nobody talks about it because it is almost like a thing of shame for whatever reason and I don’t know why, because you don’t control your body; you don’t create yourself.

The couple who had faith that a miracle could still happen said they both prayed over the situation and went back to the hospital to carry out another scan, this time, it was discovered that the embryos were already dying.

Adesua, in their testimonial post, shared on her official social media handle said, at some points, the story might make readers and listeners cry, stated that she hoped the story would inspire and encourage people, a family especially a woman that has experienced a loss.

According to the singer, Banky W on his official social media handle stated that having faith may not stop you from hurting, but it will help you heal.

It would be recalled that the couple on February 22 took to social media, to disclose their new bundle of joy, the birth of their new baby, and the couple’s first child. Both celebrities who walk down the aisle on November 19, 2017, after a long wait welcomed a baby boy, christened Zaiah.