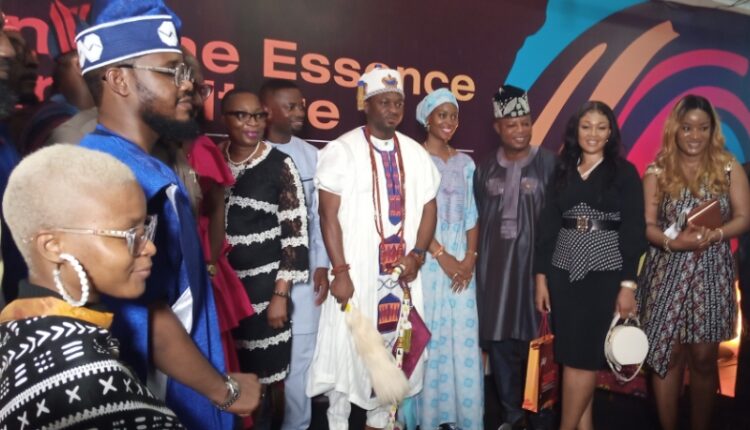 The convener and Chief Executive Officer of Culturati, Idris Aregbe, Nollywood actress, Ini Edo, as well as President, African Public Relations Association, Yomi Badejo-Okusanya, and other experts in the creative industry, have argued that the industry, have the potentials to boost Nigeria’s Gross Domestic Product (GDP) and create jobs if policies that respond and address concerns of stakeholders are pronounced and implemented.

They said that the country’s creative industry currently requires the government to introduce policies that protect the industry and serve as catalysts that attract both local and foreign investors to partner with experts in the sector.

At the gathering, they explained that their call was not that the government should solely begin to fund the sector, but that the right policies would aid the creative industry to grow better than its current status and attract investors, thereafter, take many youths out of the unemployment market in the country.

These and other solutions to the challenges confronting the creative industry and tourism sector formed major discussion at the symposium organised to herald 15th edition of Culturati scheduled for next month, December 3rd in Lagos State.

At the symposium themed: “Positioning African culture as a catalyst for social cohesion, tourism promotion, and economic development’, other speakers including Special Adviser to the Governor on Tourism, Arts and Culture, Solomon Bonu, Head of Fulani in Lagos, Alh. Say Muhammed, who was represented by Farouk Gaju, the National President Fashion Designers Association of Nigeria (FADAN), Kolawole Yussuf, Founder of Slide Media, Khadijah Okunnu-Lamidi, Chief Executive Officer of Wakanow (CEO), Adebayo Adedeji, and others spoke on the possible impact of government on the industry.

As the gathering highlighted possible solutions to get the creative and tourism sectors to become more effective, Aregbe said that these industries remain a major pathway to get the country out of its unemployment challenges and boost earnings across Nigeria.

The Culturati convener noted that the industry remains the short and long terms solution to bring the desired economic diversification that Nigeria greatly seeks, saying we are sitting on huge resources that can help us bring more resources.

He stressed that the Culture and tourism as well as the creative industry remain areas that were yet untapped and could empower millions if the right decision, particularly policies that can drive them, was put in place for them.

“When you talk about culture and tourism, this is the only industry that can absorb many that are currently unemployed in the country. And in a few months after training, that man that was previously unemployed will become self-employed and employ others.

“We are calling on the government and the people to do something about the creative industry. We need to do so much about it. I am worried that we have the population but it is not been utilised greatly.

“We have a lot of youths that like dancing, we can design a concept around it and promote it aggressively within and outside the country; and the country will have fewer youths roaming the streets in search of paid jobs. We can design something about fashion and make the industry become vibrant and attract more income into the country that is what we should be doing at the moment”, Aregbe added.

The President of APRA, Badejo-Okusanya, added that the country’s leaders should drive and push the tourism and other activities within the creative sector of Nigeria to become vibrant and attract the desired investors.

The PR expert, in his presentation, titled: ‘Essence of communication in positioning African cultures for economic development’, noted that with this, the government and practitioners would be able to demystify the myths affecting the sector.

With this, he stressed that they would be able to tell and own the country’s story by exploring the tourist attractions across the country like the United Arab Emirates (UAE) as well as open the borders for easy movements of goods and services.

According to him, the government presence would give the foreign investors the confidence to further troop into the country and get involved, using the practitioners from Nigeria.

Through this, the APRA president stressed that Nigeria would be able to create employment, adding the World Travel and Tourism Council has estimated that 3.8 million jobs, including 2.4 million direct jobs, could be created in the sector within sub-Saharan Africa over the next 10 years.

The actress, Ini Edo, argued that the major challenge confronting the sector was lack of structure, saying if we get the right structure, we will get more money and the country’s creative industry would be the largest employer of labour in Africa.

According to her, we need reform and a structure that ensures the content we sell to the world portrays the continent including Nigeria in good light to attract more investors and tell our stories.

She argued that investors were ready to come but that they could be discouraged if the structures were not set for them to follow and that anyone that wished to stay, in spite of the non-availability of structure, could portray the country in the narration that suits his business.

“We use to be the third-ranked movie production previous but today, we are the second and that tells you that we can achieve more than where we are today. And that tells you the impact of what we do and how it can become a major earner for the country, out way the revenue from oil.

“Netflix and other platforms are trooping to Nigeria and there is a need for us to protect what we have in order to get our economy thriving as expected. But if we fail to structure it, the foreigners will come here and set standards for us. And since we do not have an option, we will have to accept it.

“If we do not set the structures that protect copyright, we may still find ourselves where we will have to be controlled by the foreigners. Although, we are happy over the influx of these platforms because it gives us wider options and income for practitioners. But we need to have training institutes that award degree certificates on what happens in the industry”.

The FADAN president, Qudus disclosed that the fashion industry, which the country was yet to tap into extensively, is $31 billion reach, saying the foreign designers have seen the potentials and were already tapping into it particularly India, Bangladesh, and others.

The president argued that the country’s population has placed Nigeria in a vantage position to take over the industry in African and globally but it is unmined.

He recommended that the Federal Government should ban importation of foreign clothes into Nigeria and establish fashion universities.

According to him, the fashion industry is more than sewing clothes, it includes cotton farming, textile industry among others.