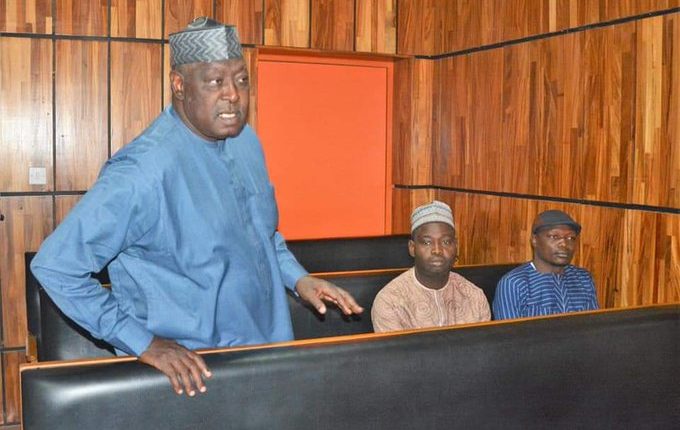 The Economic and Financial Crimes Commission (EFCC) has disclosed that trial proceedings for the Former Secretary to the Government of the Federation (SGF), Babachir Lawal, would resume on June 10, 2020, in a High Court sitting at the Maitama region of the Federal Capital Territory, Abuja.

It said that the N544.1 million grass-cutting contract fraud trial would be continued before Justice Jude Okeke and that the commission was set to ensure that its prosecution team was well prepared ahead of the court date.

The EFCC, through a post made on its social media page on Thursday, revealed that the trial which had been slated to take place during the earlier hours of the day was postponed due to the absence of key prosecution witnesses from the court.

It explained that the witnesses were unable to present themselves to court due to traveling challenges posed by recent movement restrictions which had been implemented in several regions across the country.

The EFCC, however, assured Nigerians that the commission would take advantage of the time given and ensure the presence of all necessary parties on the court resumption date.

The trial of the former Secretary to the Government of the Federation (SGF), Babachir Lawal, before Justice Jude Okeke of the Federal Capital Territory (FCT) High Court, Maitama has been adjourned to June 10, 2020 for continuation of trial.
2/