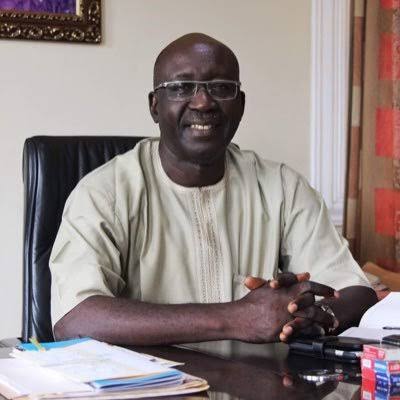 The in-coming National Chairman, Peoples Democratic Party (PDP), Dr. Iyorchia Ayu, has described the reports circulating publicly online and on newspapers that he had concluded plans to probe past leaderships of the party as untrue, saying the party executive under his watch will only work on facts and not hearsays.

Ayu said that the immediate past administration of Uche Secondus would only be probed when there are available and verifiable facts and figures to back the claims up made against any former executive members of PDP.

The newly elected national chairman made the clarification yesterday in a statement released through his Media Office in Federal Capital Territory, Abuja.

While clearing the air around the rumoured probe, Ayu, a former member of the National Assembly, explained that it had become necessary to properly situate the statements credited to him within a factual context.

The chairman further insisted that the report being circulated on different platforms about him were a miscommunication of his statement which he made earlier.

According to the statement, “the attention of the Media Office of the incoming National Chairman of the PDP, Dr. Iyorchia Ayu, has been drawn to numerous headlines in the dailies.

“They reported Dr. Ayu as saying the incoming National Working Committee (NWC) of the party will probe past administrations of the party.

“Ayu maintains what he said during the presentation of the communique to the media that: ‘He has not seen the books of the party or received any handover notes, and so cannot make any authoritative comment on any allegations’.

“Dr. Ayu works with facts; not hearsay. The general public should ignore any reports to the contrary”, the statement concluded