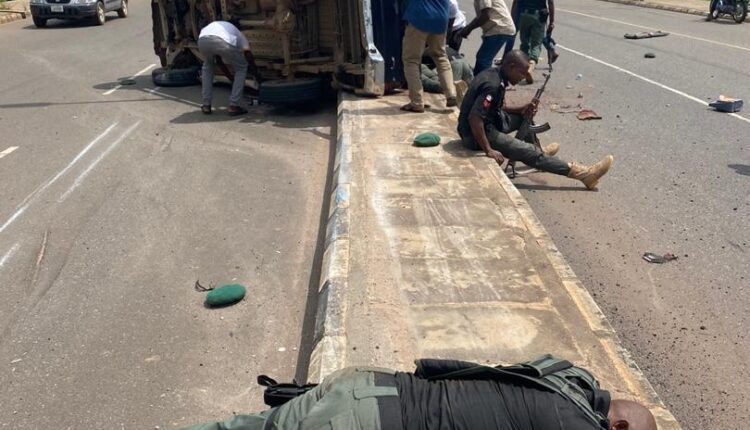 No fewer than two policemen have reportedly died after involving in road accident in Ondo State.

As gathered, the officers died on the spot on Akure Airport road immediately after the incident on Tuesday.

According to an eyewitness, the van transporting the officers was on top speed when it summersaulted and killed two among the passengers.

While the officers did not survive the accident, other occupants were said to have sustained varying degress of injuries and taken to nearby hospital for medical attention.

Remains of the officers, it was learnt, have been deposited at mortuary while emergency responders were on ground to forestall another incident.

JUST IN: Zamfara ex-Senator, Anka, passes on at 70