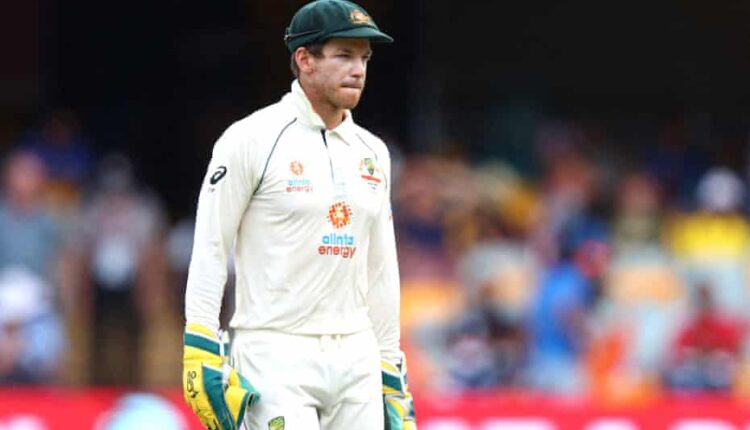 The Australian cricket captain, Tim Paine, has stepped down from his position over a historical investigation into texts sent to a female colleague, less than three weeks to the team’s encounter against England.

A tearful Paine said he had sent messages to a co-worker at Cricket Tasmania in 2017 that led to a misconduct investigation after she made allegations against him in 2018.

He announced his resignation on Friday during a press briefing after being notified that the content of the text, which was said to be romantic, would be revealed publicly ahead of their December 8th Ashes tests.

Paine has described his stepping down as “an incredibly difficult decision but the right one for me, my family and cricket. Although exonerated, I deeply regretted this incident at the time and still do today.

“I spoke to my wife and family at the time and am enormously grateful for their forgiveness and support. On reflection, my actions in 2017 do not meet the standard of an Australian cricket captain, or the wider community.”

Paine did not disclose the nature of the texts, but CA’s news website called it a “sexting incident involving a former Cricket Tasmania employee in 2017”.

Cricket Tasmania said the incident occurred in November 2017. Paine made his first Test appearance for Australia in seven years on 23 November 2017 against England in the first Ashes Test in Brisbane.

“That investigation and a Cricket Tasmania HR investigation at the same time found that there had been no breach of the Cricket Australia code of conduct.”

After the announcement, Cricket Australia (CA) has said that it accepted Paine’s resignation and would appoint a new captain, but that the wicketkeeper-batter will remain in the side to face England.

One of the team’s fast bowlers, Pat Cummins, the current vice-captain, has been widely tipped to take over as captain of the team for the all-important match, three years after Paine was appointed captain following Steve Smith’s ban over a ball-tampering scandal.

CA chairman, Richard Freudenstein, acknowledged Paine was cleared of any breach but added that the organisation “does not condone this type of language or behaviour”.

After taking over from the banned Smith in March 2018, Paine said Australia must improve their “behaviour” and promised to instil a “new culture”.

The ball-tampering scandal led to a review into Australian cricket, which came out in October 2018 and condemned a “winning without counting the costs” culture, while also saying CA was partly to blame.

Cricket Tasmania said its former employee had not made her allegations against Paine until mid-2018 when she was charged with theft.

The Cricket Tasmania’s chairman, Andrew Gaggin, through a statement made available to newsmen, said that the investigation had found Paine’s “interaction” with the woman to be “consensual, private, occurred on the one occasion only, was between mature adults and was not repeated”.

He added that Cricket Tasmania “clearly does not condone this type of behaviour” but determined that “no further action was required or appropriate” because of the “consensual” nature of the texts.

According to Gaggin, criminal charges against the former employee were still pending and could not comment further on whether it would be pursued or not.

Paine, who has scored nine 50s in 35 Tests, had neck surgery in September, but has previously said he is confident he will be fit for the Ashes.

Smith was banned for a year by CA in 2018 for his part in the ball-tampering scandal- during the third Test against South Africa in March that year, and for attempting to cover up the fact that Cameron Bancroft had used sandpaper on the ball.