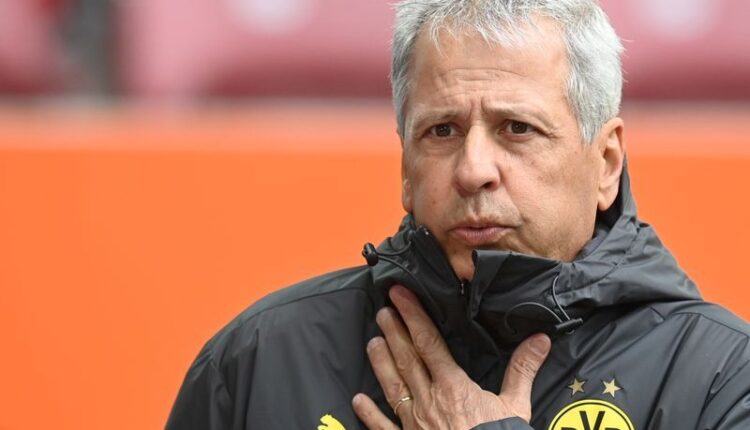 The match’s outcome, however, did not go as predicted though started on a pedestal many had expected hours before the referee signaled its kick off.

Seconds after kick off, Jude Bellingham had the first shot of the game, after his fellow Englishman Jadon Sancho had created space with a powerful, mazy run, and an Axel Witsel volley which brought a fine save out of Rafal Gikiewicz after just five minutes suggested a busy afternoon for the Augsburg defence.

That was not how things panned out, however. Florian Niederlechner twice got in around the back of the Dortmund rearguard to remind the Westphalians not to neglect their defensive duties, but it was a warning they did not heed and at 40 minutes, Uduokhai headed the hosts in front from former Schalke midfielder, Caligiuri’s free-kick.

At the other end of the field, a deflected Thomas Meunier effort almost found the top corner of Gikiewicz’s goal before the Augsburg goalkeeper tipped the ball away from Dortmund striker, Erling Haaland, as he seemed primed to score.

The plot was to thicken early in the second half when Caligiuri was put through by Niederlechner, and he held off the challenge of Meunier before slotting the ball past Roman Bürki at 54 minutes to double Augsburg’s lead, putting pressure on the yellow and black club.

There was still over half-an-hour to go when Dortmund coach Lucien Favre sent on the club most influencer striker, Marco Reus, and Julian Brandt in an even more attacking set-up.

The strategy, meanwhile, looked a little too top-heavy whenever Augsburg broke and launch counter attack, and the Bavarians almost got a third through Reece Oxford’s dipping volley.