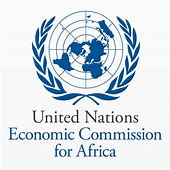 The Guild gathered that over 3000 delegates were at Victoria Falls in attendance of the sixth Session of ARF to review progress, share experiences and build consensus on how the Continent can accelerate the implementation of the 2030 and 2063 agenda of the AU.

Some of the delegates included over thirty ministers from across the continent with the 17 Sustainable Development Goals – SDGs, which recognize that ending poverty and other deprivations must go hand-in-hand with strategies that improve health and education, reduce inequality, and spur inclusive economic growth, while tackling climate change.

Speaking ahead of the Forum, the Executive Secretary of the Economic Commission for Africa, Vera Songwe, noted that the continent could not afford to lose out on maximizing gains of the 2030 and 2063 agenda.

“Africa cannot afford not to achieve the Global and Regional Goals because it is the region that would suffer most from such a failure – food insecurity, extreme poverty, and lack of access to clean and modern sources of energy would persist. This would undermine prospects for job creation for millions of youth joining the job market”.

While appreciating the Government and people Zimbabwe for hostung and jointly organizing the ARF sixth session on Sustainable Development, in collaboration with the African Union Commission and the UN System, she noted that Africa was off track with regards to meeting SDGs, as well as corresponding goals of Agenda 2063, within the set time, adding that the forum had presented Africa with opportunity to define a road map for operationalizing a Decade of Action in context of the region.

“That is why the theme of the Forum is: “2020-2030: A Decade to Deliver a Transformed and Prosperous Africa through the 2030 Agenda and Agenda 2063”, which will identify and define concrete opportunities and actions towards making sure that no country is left behind”.

The sixth session of ARFSD is the first major regional gathering since the Heads of State and Government proclaimed the 2020s as Decade of Action and Delivery on the goals, and its sessions are intended to address need to mobilize adequate and well-directed financing; enhance national implementation, including bolstering of local action to accelerate implementation; strengthen institutions for more integrated solutions; reduce disaster risk and build resilience.

Participants were also expected to tackle efforts in harnessing science, technology, innovation, and investing in data and statistics for the SDGs, while the ARFSD was intended to be an action-oriented forum for stakeholders to explore, gain insight into, share and agree on sets of concrete and workable actions that would enable African countries to achieve set targets within set time.

The regional forum is an intergovernmental platform convened by United Nation’s Economic Commission for Africa (ECA), in collaboration with the African Union Commission, United Nations system and African Development Bank.