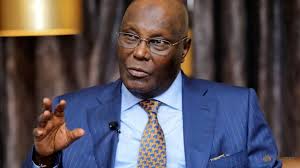 The form presidential candidate of PDP stated that the present state of the nation gives cause for concern, saying, Nigeria is under a despotic administration.

Meanwhile, after court declared APC candidate, Hope Uzodinma, as winner of the 2019 elections in the state and was issued a Certificate of Return as governor, thus, annulling that which was earlier issued to Ihedioha, the verdict had caused divide among political parties and members, particularly among those who felt the Supreme Court Judge was bias.

Atiku, through a statement issued from his office on  Wednesday, charged people of Imo to stay strong and remain hopeful for a government that would truly reflect wish of people during the 2019 elections.

“Philosophers have said that tough times never last, but that tough people do. I urge the people of Imo and the entirety of the Nigerian people not to give in to despair.

“This nation has gone through despotic times before, and we have survived them and thrived. I am very confident that this history will repeat itself”, Atiku added.

The former vice president expressed desires that Nigeria will, in his lifetime, regain her identity as the land of Unity and Faith, Peace and Progress; rising to reach her true potential as the giant of Africa and a country to be looked up to by the world.

He charged Nigerians to work together to rebuild the country,  instill these ideals back into the systems and upcoming generations so that Nigeria could soon be great again.