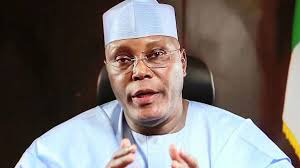 Following slump in world oil prices, Former Vice-President of the nation, Atiku Abubakar, has suggested adoption of product stockpiling as a measure to safeguard the nation’s economy against instability caused by adverse effects of global petroleum price changes.

He explained that the recent oil price fall had negatively affected the Nigerian economy especially because the nation had no choice but to sell its product irrespective of whether the price was favorable or not, and that the construction of national oil reserves would help mitigate against such future reoccurrence of such vulnerability.

Atiku claimed that availability of a strategic, high capacity oil reserve, would have enabled the nation store up as much as one month’s worth of its production capacity, and that such would ensure that its economic health was no longer dependent on world market forces.

The elder statesman, through a statement released to pressmen on Tuesday, expressed his belief that issues would always arise which could affect world oil prices and said that it was best that the country to get prepared ahead of such happenings in order to mitigate the level of adverse economic effect.

He urged the Federal Government to secure the nation’s oil-dependent economy by building a sufficient crude oil reserve which would enable the country stockpile product during low price periods and sell at more favorable times.

According to Atiku, the move would yield greater economic independence for Nigeria, and would also ensure stability and sustainability of the petroleum sector, irrespective of existing global oil trends.

“It is time for Nigeria to protect her economy from being tossed to and fro by circumstances beyond our control. We must assert our sovereignty, by exerting more influence over the global trade in crude oil, and other features. I believe that the time is right for Nigeria to build a strategic crude oil reserve, with massive storage capacity that can hold at least a month’s worth of our OPEC production capacity,”

“If we build such an infrastructure, we will not have to sell our crude at a production loss. We will be in a position to stockpile the product in our reserve until such a time as prices improve. Indeed, other nations take such measures to protect their economy. North American and European nations have such internal controls to protect almost every sector of their economy – from agriculture, automobile, and even intellectual property. Nigeria cannot be left behind. We must be in business for the best interest of our economy”.