US citizen’s prediction on Buhari’s successor… 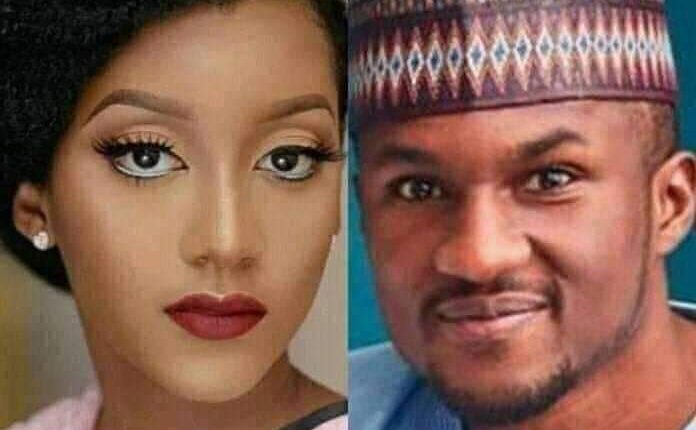 Share
The Kebbi State Governor, Atiku Bagudu, led two of his colleagues from Jigawa and Borno, Badaru Abubakar as well as Prof. Babagana Zulum, and other dignitaries to  sought President Muhammadu Buhari’s son, Yusuf, engagement to Emir of Bichi’s daughter, Zarah Ado-Bayero, in Kano State.
Other personalities that also converged in Kano to assist the President’s son perfect his engagement with the monarch daughter were: Attorney General of the Federation and Minister of Justice, Abubakar Malami, Kano State deputy Governor, Nasiru Gawuna, Zamfara state former governor, AbdulaziZ Yari and others.
The delegations were received on Sunday at the Kano Emir’s palace by the emir of Kano, Dr.Aminu Ado Bayero who is the elder brother to the father of the President’s son fiancee, Emir of Bichi, Nasir Ado Bayaro. 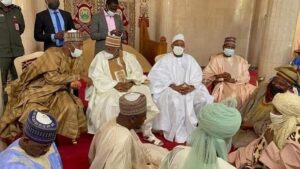 After several hours of deliberation including observing all Islamic and cultural rites, Ado Bayero contracted the marriage engagement and pronounced the exercise done.
It was learnt that the engagement was part of the reasons the President postponed his follow-up medical trip to London, United Kingdom (UK), to have a discussion with his physicians on his health status.